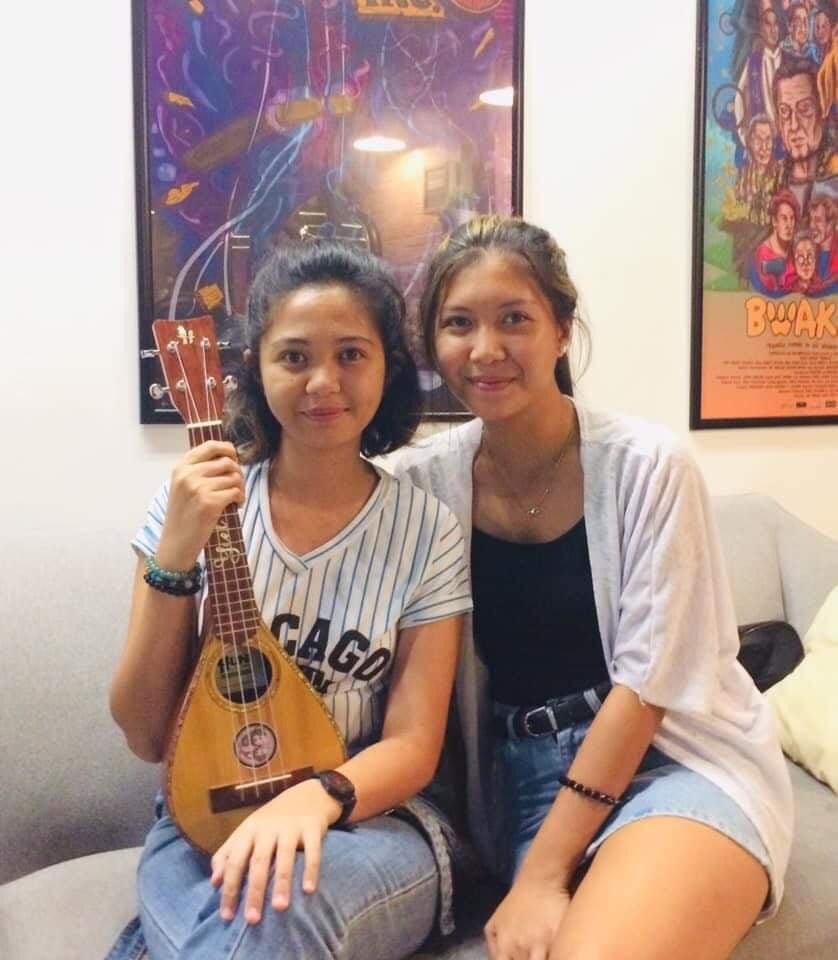 The song that talks of someone, who continues to hang on to an uncertain kind of a relationship, was well-liked by netizens who may have also experienced the same and those who may just want to enjoy the lyrics of their song.

Maricel Sombrio said she dedicates her song especially to people who are “marupok” (weak) when it comes to matters of the heart.

“Surreal kaayo kay last week, it was just me laughing at my own song inside my room, and now it’s out [and] putting smiles on people’s faces,” said Maricel.

(This is surreal because last week, I had been laughing at my own song while I listened to it inside my room and now its out and putting smiles on peoples’ faces.)

Maricel, 26, said that “Mirisi Friend” is just one of the many songs that she already composed in collaboration with her younger sister Maricor, 19.  She writes the lyrics while Maricor interprets the song.

Writing a song has always been very personal for her. Maricel said that she would normally share her personal experiences or her learnings from her previous relationships into her original compositions.

This is the reason why her songs are always very relatable, she added.

WATCH: Boholana sisters, Maricel and Maricor Sombrio, became online sensations after their song “MIRISI FRIEND” went viral. Maricel, the composer of the song, said that MIRISI FRIEND is dedicated to people who are “marupok” (weak) when it comes to matters of the heart. | video courtesy of Maricor & Maricel Sombrio via Raul Constantine L. Tabanao

Maricel shared with CDN Digital the story behind the creation of “Mirisi Friend.”

“I used to ask a friend’s advice when I was struggling with my relationship. I placed myself on my friend’s shoes [because she is someone] who always told me “break up with him” or “you’ve had enough, stop it!” but I never listened,” she said.

Maricel, who is now based in Manila, said she used that experience for her new song.

(I composed the song on May 5. I started doing the production on May 19 and by May 24 it [our video] was already done.)

At first, she was hesitant to release their video on social media, afraid that this will not get online recognition.

Maricel said she found the courage to do so from the support that she has been getting her Maricor and other members of their family.

Their story was also featured in a local television show then.

In 2018, they stopped releasing songs because of their need to attend to “personal and family problems.”

Just this May, Maricel decide to go back to writing songs, something that she has missed doing.  She also started to collaborate with her sister, “not knowing Mirisi Friend, would be our comeback song.” / dcb