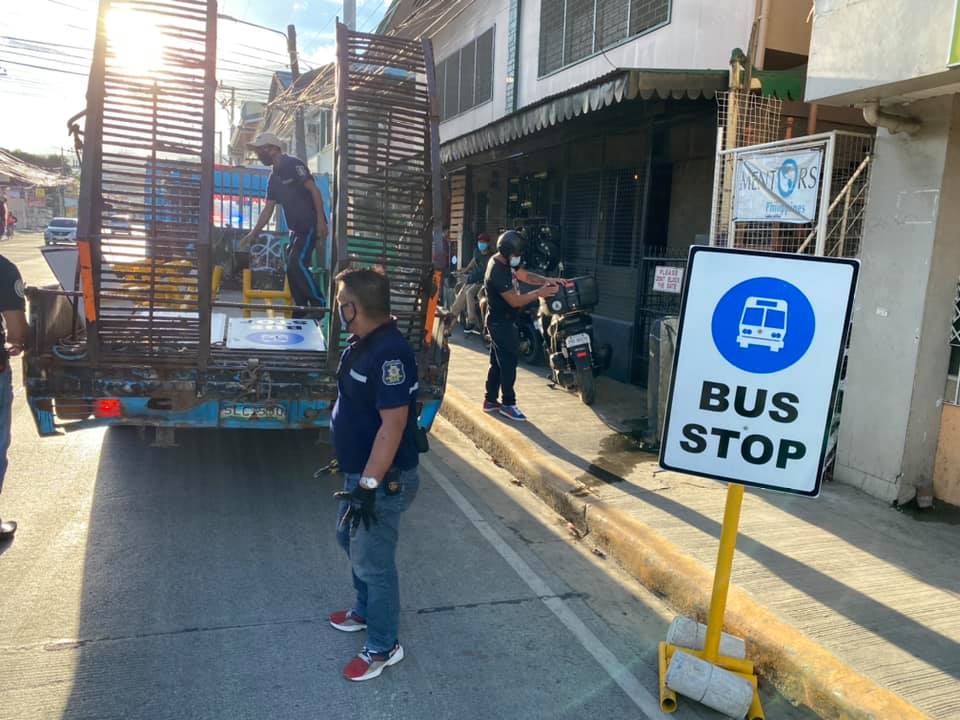 TEAM personnel have installed signages to identify bus stops around the city. | Photo courtesy of the Mandaue PIO

The Traffic Enforcement Agency of Mandaue (Team) said that they are making necessary adjustments to address confusion and delays in the transport system while Mandaue City remains under the general community quarantine (GCQ).

Calipayan told CDN Digital that they continue to monitor the movement and location of commuters to determine the passenger demand in each of the 12 routes that they have identified so far.

“There will be adjustments. We have continuously communicated with our partners sa [in] Ceres nga mo [that we will] adjust ta based on the demand, more so, gi revive pa nato ang atoang [we are also reviving the] implementation sa [of] social distancing. We will be doing better in the coming days,” said Calipayan.

Mandaue City made a commitment to deploy a total of 120 buses during the GQC with its minimum fare for the first five kilometers of travel fixed at P11.

But on Monday, the first day of the GQC, Ceres Bus Liner only managed to dispatch 40 of their units because not all business establishments in the city were also expected to resume operations on the same day.

Calipayan said they will ensure the dispatch of additional buses to ferry commuters to their workplaces and back home in the coming days.

(We are looking at the different routes now and we are trying to determine if there is a need to even open new ones. We will be making the necessary adjustments.  If we find the need to open new routes, we will do so, but this will take time because we also needed to seek the approval of LTFRB.) / dcb