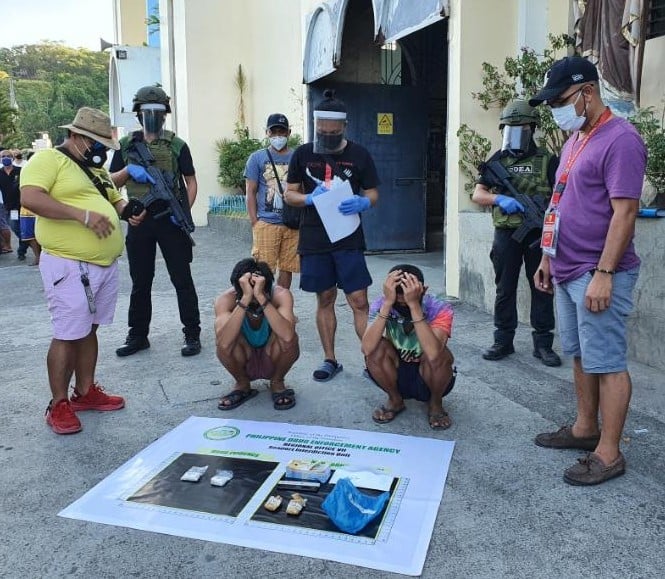 Two men are caught with P816,000 worth of suspected shabu during a buy-bust operation in Barangay Guadalupe, Cebu City at past 4 p.m. today, June 5. | PDEA-7 photo

Dither Gonzaga, 18, and Gino Señires, 20, who are both from Barangay Kalunasan, were caught with 120 grams of suspected shabu during the operation conducted by the Philippine Drug Enforcement Agency in Central Visayas (PDEA-7), said PDEA-7 spokesperson Leia Albiar, during a phone interview with CDN Digital.

Albiar said that the illegal drugs in the possession of the suspects had an estimated Dangerous Drugs Board value of P816,000

Albiar said that the operation against the two men were conducted after they received reports about the two men’s illegal activities and they were placed under surveillance for a week.

Albiar described the two men as new drug dealers who could dispose at least 2 kilos of suspected shabu in a week in Cebu City.

She said that initial investigation showed that Gonzaga was a construction worker while Señires was a jobless man, who had spent time in jail and was released after posting bail.

The two suspects are currently detained in the PDEA-7 detention facility in Barangay Lahug, Cebu City pending the filing of charges./dbs

Read Next
Barangay officials told: Monitor areas despite having no more control points