IATF did not tackle appeal for MGCQ yet — Gwen 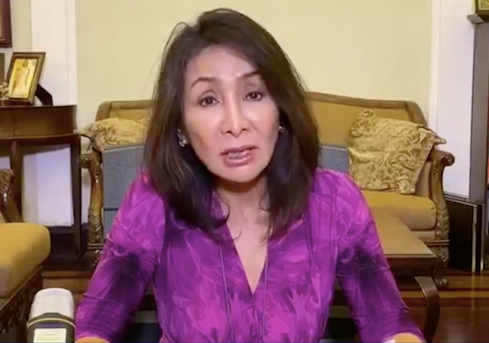 Cebu Governor Gwendolyn Garcia says she hopes that the IATF will discuss the province’s request to transition from GCQ to MGCQ this June 12. | screen grab from Capitol live video

CEBU CITY, Philippines — A week since Cebu province formally appealed to be reclassified from general community quarantine (GCQ) to a modified GCQ, the Capitol said it had yet to hear any development on the request from the national Inter-Agency Task Force for the Emerging Infectious Diseases (IATF-MEID).

In her regular press conference this evening, Governor Gwendolyn Garcia said Cebu’s appeal to shift to MGCQ, which was supposedly effective this Friday, June 12, was not included in the task force’s agenda in their meeting earlier today, June 8, 2020.

The Capitol sent a formal communication to the IATF last Monday, June 1, through the regional IATF. Garcia said the regional IATF already “favorably endorsed” the request to the national level last Friday, June 5.

With presently 281 cases, of which 127 are asymptomatic, Cebu province is classified as a medium risk area for the spread of the coronavirus disease and is under GCQ until June 15, based on the IATF’s Resolution No. 41.

READ: Cebu province remains under GCQ but gears up for MGCQ

While the province supposedly plans to further relax its borders based on protocols under MGCQ, Garcia said it would be better if the IATF would formally declare the province as under MGCQ.

“At any rate, consider this. Ang gihangyo sa mga mayor, June 12. Ang GCQ, until June 15. It is a matter of days ra man pod,” Garcia said.

(The date that the mayors have asked for us to transition to MGCQ is June 12. The GCQ is until June 15. It is just a matter of days anyway.)

“I just want to put on record that we’re appealing our GCQ status nga we want to move on to MGCQ and our records, even on the matter of positive cases, dili man kaayo gyud manga daghan kaayo considering nga we are 3.2 million people sa province,” she added.

(I just want to put on record that we are appealing our GCQ status. That we want to move on to MGCQ and our records, even on the matter of positive cases that is not really that much number of cases considering that we are 3.2 million people in the province.)

Garcia said she hoped the national IATF would already act on the province’s request on their next meeting this Wednesday, June 10./dbs

Read Next
Cebu 8 released from detention