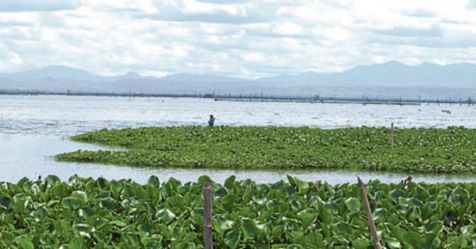 Laguna de Bay helps sustain the livelihood of small fishermen and owners of fish pens and cages in lakeshore areas in Rizal, Laguna and Metro Manila. Tons of “bangus” (milkfish), tilapia and carp grown and harvested from the lake are supplied to markets in the capital region and nearby provinces. | CLIFFORD NUÑEZ

SAN PEDRO CITY—Communities on Talim Island in Laguna de Bay lived through the quarantine on surplus fish, after movement restrictions disrupted supply delivery from the island to fish ports and public markets in Metro Manila and nearby provinces.

But as quarantine protocols ease up and businesses start to resume, fishermen and traders are facing new challenges anew after a fish kill hit the 90,000-hectare lake, a primary source of freshwater fish.

On Tuesday, the Laguna Lake Development Authority said at least 275 tons (275,000 kilograms) of tilapia and carp were lost to the fish kill that started last month. It said stocks in seven fish pens in Pililla town, Rizal province, covering a total of 7 hectares, turned belly up, with losses reaching at least P11.5 million.

“It started around mid-May. So we really don’t know yet how we can recover since we also [incurred losses] during the [quarantine],” said Joey Aparente, 50, who owns 14 fish cages with a stock of over 100,000 pieces of tilapia and carp in Talim.

Aparente normally delivered 4 tons (4,000 kilos) of fish daily to Malabon market in Metro Manila, but this volume was reduced due to the lockdown and travel restrictions meant to stop the spread of the new coronavirus.Rather than see their harvest go to waste, traders and cage owners gave away the undelivered fish to communities in Talim.

“There was too much fish [during the quarantine] that families didn’t have to touch the canned goods [from the government relief packs] anymore. Luckily, the goods won’t expire soon,” said Aparente’s sister, Myline, a resident of Barangay Malakaban.

Traders said the market price of tilapia, which dropped to P50 a kilo during the quarantine, had yet to pick up.

Sammy Malvas, director of the Bureau of Fisheries and Aquatic Resources in Calabarzon (Cavite, Laguna, Batangas, Rizal and Quezon), on Monday said what happened was not a “massive fish kill” but a natural fish mortality due to sudden changes in the weather pattern. Fish mortality results from the overturn of the bottom lake water that affects the level of dissolved oxygen required for fish to survive.While the government had not imposed a fishing ban during the virus lockdown, the harvest “slowdown” resulted from movement restrictions and public markets operating on shortened periods, fishery officials said.

Malvas said the Department of Agriculture (DA) and local governments had been buying fishermen’s harvests to cushion the impact of the lockdown and fish mortality, “although the volumes were not as huge” as when brought to regular public markets.

In Calabarzon, for instance, the DA has bought at least 10 tons (10,000 kilos) of tilapia, bangus and other agri-fishery products from small fishermen and sold them through the government’s Kadiwa mobile markets during the quarantine. INQ