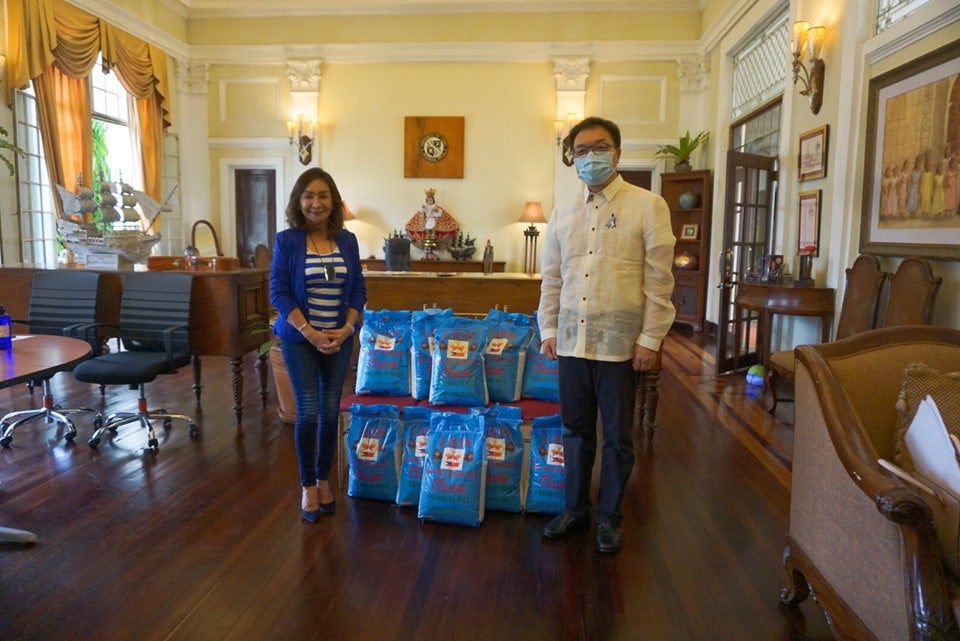 MANDAUE CITY, Cebu – The government of China made a donation of 7, 292 bags of well-milled rice worth P3.5 million to Local Government Units in Cebu on Tuesday, June 9, 2020.

Their donation was timed with the celebration of the 45th anniversary of the establishment of the Philippines-China diplomatic relations.

“This is our way of showing solidarity with the Filipinos in its fight against COVID-19, our common enemy,” said a press release from the Chinese Consulate in Cebu.

“We believe that through a joint effort by both countries, the Filipino people will prevail over this pandemic and establish a safe, productive and healthy nation,” the statement added.

Consul General Jia Li of the Chinese Consulate in Cebu led the turnover of the bags of rice weighing 10 kilograms each to the Office of the Presidential Assistant for the Visayas, the Cebu Provincial Government, and the Cebu City Government on Tuesday. 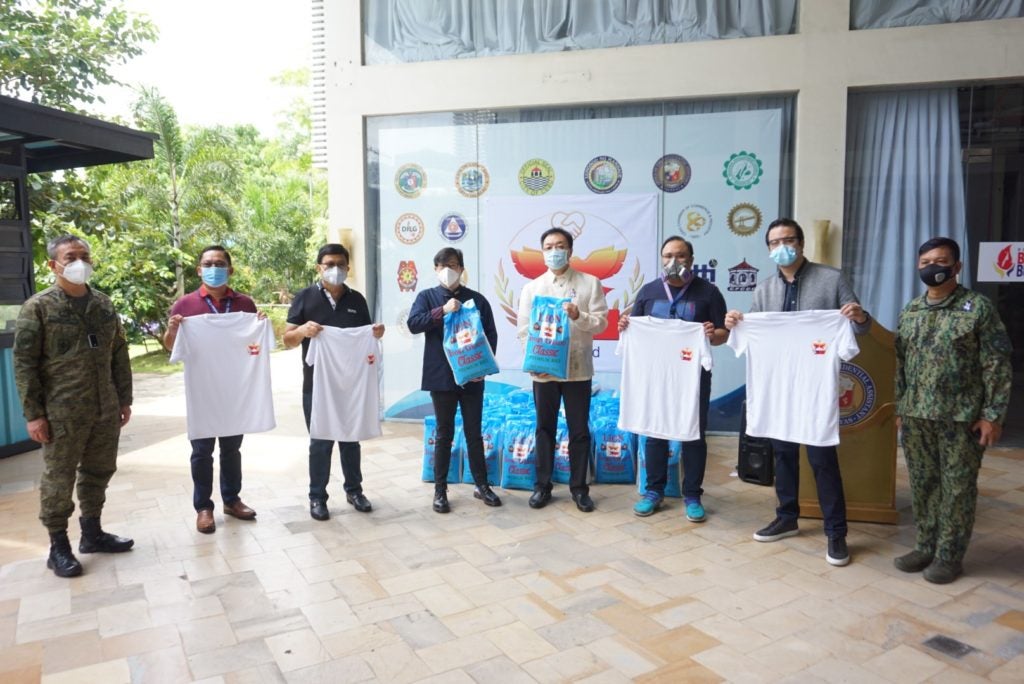 Since April, the Chinese Consulate in Cebu has been making donations of Personal Protective Equipment, face masks, and other essential items from Guangxi and Shandong provinces to local government units in the Visayas.

Consul General Jia Li said that China and the Philippines share a bright and promising future.

“Though tested by international and regional changes, since the establishment of diplomatic relations, the comprehensive strategic cooperative relationship between China and the Philippines has developed steadily and firmly with practical cooperation in various fields bringing tangible benefits to the people of both countries,” he said.

The Chinese government has also reiterated its support for the development and stability of the Philippines. Their government expressed confidence that their “Belt and Road” initiative will help in the realization of President Rodrigo Duterte’s “Build BuildBuild” plan.

“In the next stage, China commits to further strengthening political mutual trust, personnel exchanges, and promotion of mutually beneficial cooperation in various fields. Principal focus will be on health, sharing treatment programs, prevention and control experience, vaccines, and promoting cooperation in anti-pandemic science and technology,” the statement said.

“At the same time, we must promote cooperation and exchanges in investment, trade, tourism, and culture, and build China-Philippine relations into a model of a community with a shared future,” it added.