DSWD-7: Only Cebu in CV will receive SAP 2nd tranche 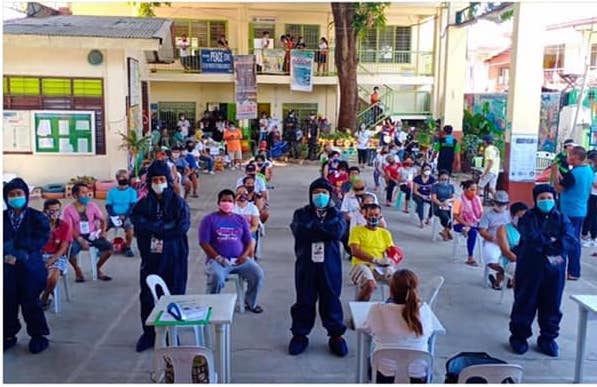 Mandauehanons line up to claim their share of the Social Amelioration Program (SAP) cash aid in this May 2020 photo. | Photo courtesy of the City Treasurer’s Office – Mandaue City

CEBU CITY, Philippines —  Close to 600,000 households in Cebu are set to receive the second tranche of the Social Amelioration Program (SAP), supposedly intended for distribution in May 2020.

In a joint virtual presser with agencies comprising the Regional Inter-Agency Task Force on the Management of Emerging Infectious Diseases (RIATF-MEID 7) on Tuesday, June 9, the Department of Social Welfare and Development (DSWD-7) said a total of P3.5 billion has been allocated for Cebu for the second tranche of the cash assistance.

Out of the four provinces in Central Visayas, only Cebu beneficiaries will be receiving the grant as the provinces of Bohol, Negros, and Siquijor were no longer under the enhanced community quarantine in May.

To recall, Lapu-Lapu City transitioned to general community quarantine (GCQ) only on May 16 while Cebu province officially shifted to GCQ on May 20. The cities of Cebu and Mandaue shifted to GCQ last June 1.

At least 585,376 households belonging to the vulnerable and informal sector in the province are eligible for the P6,000 cash assistance.

No date, however, has been set yet for the distribution of the second tranche, said DSWD-7 Social Welfare Worker V Josephine Belotindos, who represented the agency during the presser.

Belotindos said they have already submitted their work and financial plan for the second tranche of the SAP distribution to the DSWD central office last May.

DSWD-7 has submitted a budget of P1.4 billion for the SAP payout of 237,468 left-out households in the four provinces for the second payout. / dcb