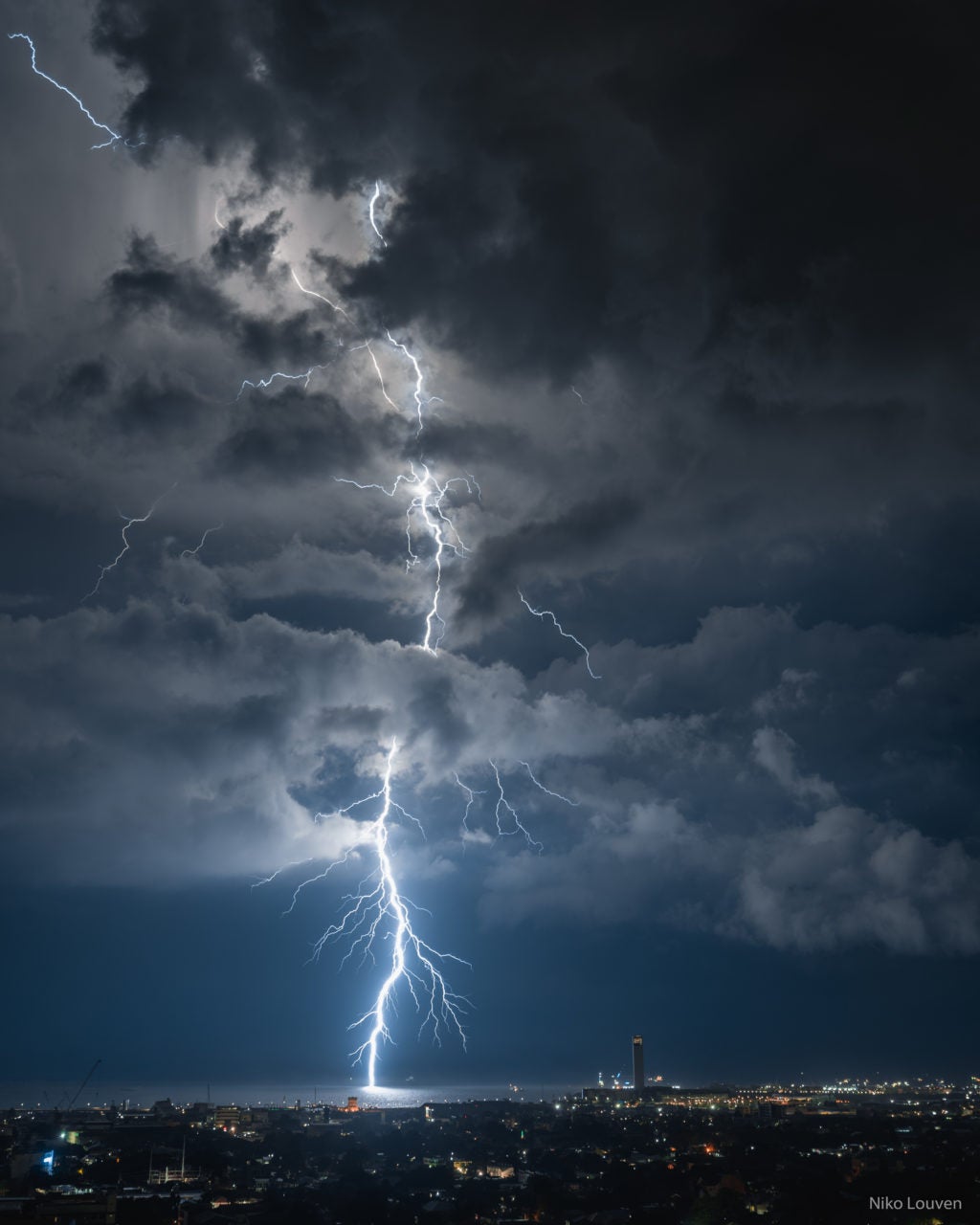 The 23-year-old Dumaguete City-native immediately grabbed his camera to capture the beautiful flashes that illuminated the sky in Cebu City.

He told CDN Digital that his documentation attempt was not an easy feat. It took him an hour and a full 32 gigabytes (GB) memory card to capture his perfect shot.

“I took this shot around 8-9 pm…For me capturing shots like this needs luck and patience, you never know when the lightning would strike. For my shot, it took me a full 32gb stick to nail it,” he said.

He said that the ‘unpredictability and framing of the lightning strike’ was his biggest challenge.

Busmeon, a licensed engineer in a private company in Cebu City, said that he has been a photo enthusiast since he was in high school.  And his photo of the lightning strike was his best photo so far.

“I feel blessed and honored that many people appreciate my shot. I also feel accomplished for myself for nailing the shot,” he said.

Busmeon said he never thought that the photo, which was posted at around 10 p.m on Tuesday, would go viral. / dcb