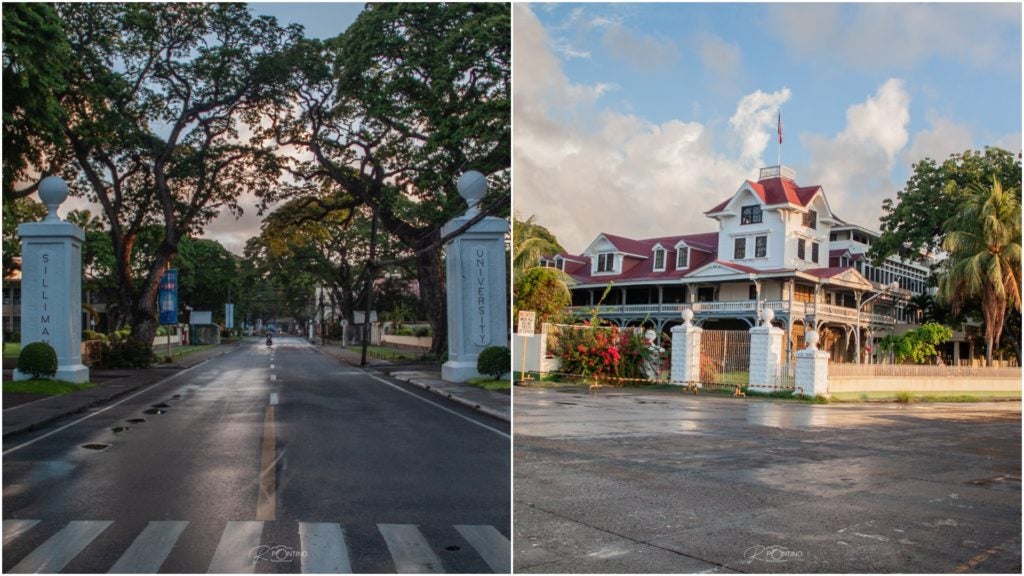 Pontino, a student of the Negros Oriental State University, said he decided to practice his photography skills after having been locked up at home during the quarantine.

(I decided to take those photos early this morning as part of my photo practice routine.   The view in Dumaguete City early in the morning and the feeling that you get after seeing all these sights is just very nice.)

Among those which he photographed was the Siliman Hall, a building that was constructed in the early 1900s in the Stick Style of American architecture. The structure was converted into a museum in 1970.

Pontino, 21, caught the attention of netizens after he posted his photos on his Facebook timeline.

As of 1:46 p.m. today, photos which he posted from his 6:30 a.m. walk already earned 780 shares and 475 post reactions mostly coming from other city residents and local tourists who started to reminisce their experiences visiting the City of Gentle People.

(It made me feel very happy because it was my first time to receive various shares and reactions to a (FB) post that I made.)

He said that he remains in a state of shock that netizens appreciated his work.

Pontino said he started his love in photography when he was in high school.

While under home quarantine, he went around their house to take photos of whatever would interest him.  With movement restrictions now relaxed, he again roamed the streets of Dumaguete City to do what he does best – take photos. / dcb