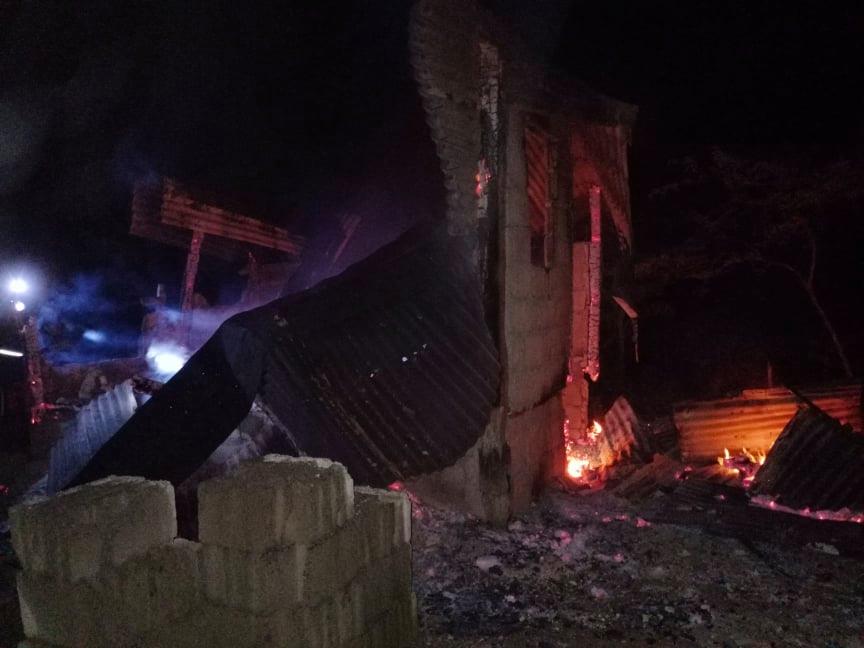 CEBU CITY, Philippines — Firefighters at the San Fernando Fire Station remind the public especially those living in mountain barangays without electricity, to turn off the lamps and put out the candles before going to bed to avoid possible fire incidents.

This, after a tragic fire incident on Thursday night, June 18, 2020, in Purok 3, Barangay Tubod, San Fernando, Cebu, killed an 88-year-old woman inside her own home that was razed by the fire.

Fire Officer 2 Claudio Tubaga, fire investigator, said that they suspected that the lamp used by the woman identified as Diosdada Mabala, might have started the fire although they still continued to investigate the case.

Tubaga said that it was rainy and windy during that night, which could have caused the curtains to catch fire from the lighted lamp or the lamp could have fall to floor causing the fire.

“Atoa gyud unta palngon na dili angayan pulawan (We should turn off lamps and put out the candles before going to bed, it is discouraged that we use it overnight),” said Tubaga.

According to Tubaga, the incident on Thursday was reported at around 9 p.m. but the fire was said to have started since 7 p.m. He said that when they arrived in the area, the fire was already put out.

With this incident, Tubaga said that the public should continue to be alert and should exercise fire preventive measures.

He said that for those in the mountain areas where they would use lamps or candles for light during the night, it is highly encouraged to turn them off before heading to bed.

But if the residents prefer some light throughout the night, lamps and candles should be placed in areas far from materials that could catch fire easily.

He said that candles should also be placed in a glass and the glass with the candle should be placed inside a basin with water so that when the candle would burn out it would only be put out by the water./dbs