MANILA, Philippines — It began with a rare few sightings and fallen feathers on the forest floor.

But more than two decades after, a family of Philippine eagles (Pithecophaga jefferyi) and their nest were finally observed and documented at Pasonanca Natural Park in Zamboanga City, sparking hope among conservationists and the local community that the endangered birds can soar and thrive in one of the few remaining intact forests in the Zamboanga Peninsula.

“This is the crowning glory of the buildup of investments in the past, as early as 1998,” said Jayson Ibañez, director for research and conservation of the Philippine Eagle Foundation (PEF), in an interview on Wednesday.

“A critical approach in conservation is to find as many nesting sites as possible,” he said, noting that eagles only breed and nest in healthy forest habitats where biodiversity is also flourishing.

The discovery took place during the first-ever field research to survey the eagles and find an active nest within the 17,000-hectare protected watershed area. Located just 10 kilometers north of the city center, the natural park is also home to several threatened and endemic bird species in Mindanao, such as the Mindanao bleeding-heart (Gallicolumba crinigera) and the Philippine dwarf kingfisher (Ceyx melanurus). 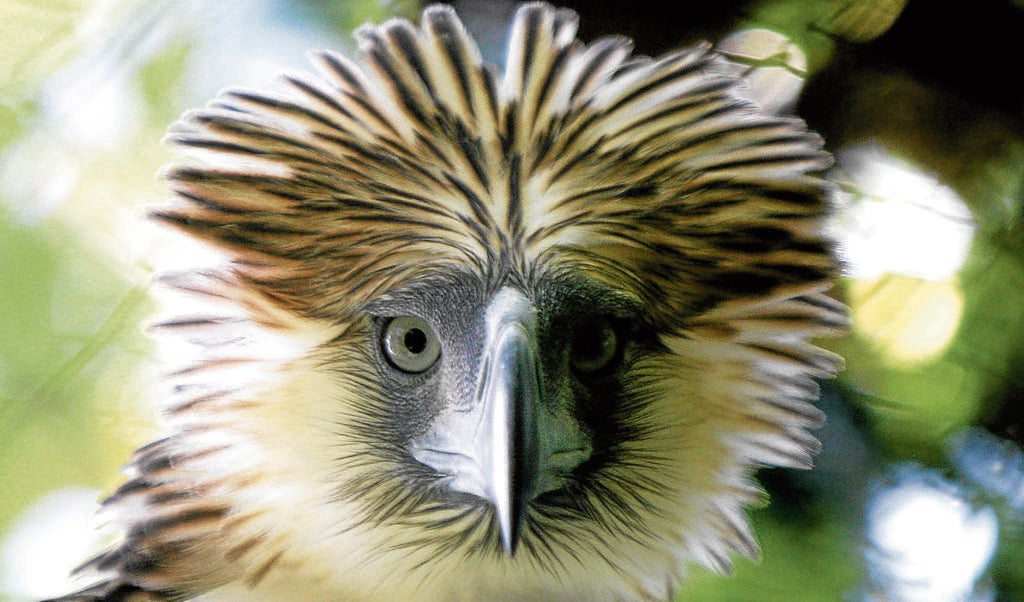 NATIONAL BIRD Rescued Philippine eagles at the Philippine Eagle Center in Davao City are given utmost care to ensure the survival of the country’s national bird. —EDWIN BACASMAS

The series of expeditions inside Pasonanca stretched from October 2019 to March 2020, in time for the eagle breeding season in Mindanao. It was led by PEF, with its partners from the Department of Environment and Natural Resources, US Agency for International Development, Zamboanga City government and the Zamboanga City Water District, which has jurisdiction over the park.

In October, after almost 10 days into the first expedition, the team finally photographed an adult male Philippine eagle—the first official documentation of the raptor in Pasonanca.

The majestic bird was spotted carrying a large prey and was seen again for three consecutive days, leading to the belief that it could be providing food to a mate and their eaglet in a not-so-distant nest.

The research team returned several times in November to December, with the goal of locating the nest. Finally, in the morning of Dec. 4, an adult female eagle emerged into view from a thicket of ferns, after the male eagle flew from a tree canopy after delivering food. 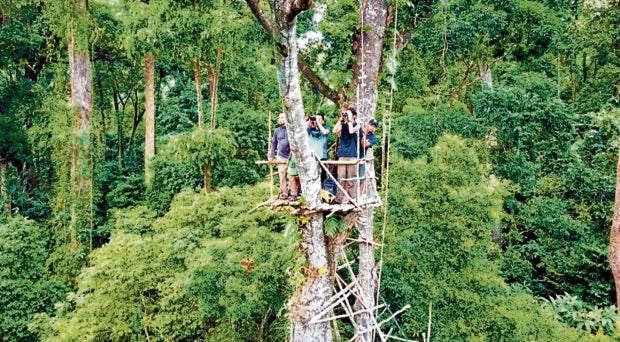 From their observation decks, the team saw a healthy month-old eaglet, resulting in the first active Philippine eagle nest recorded at Pasonanca and the third in the Zamboanga Peninsula.

“Philippine eagles are very loyal to the places where they breed, and nesting sites are ancient and occupied by territorial pairs for generations,” Ibañez said. “If you want the population to continue, you make sure that these nesting sites are protected and safe.”

Finding an active nest, he said, is like looking for a needle in a pile of hay, as the expedition teams need to scour up to 11,000 ha of forests for a single nest.

“For the endangered Philippine eagle, every pair is important,” he said.

Unfortunately, the team returned to an empty nest in January 2020, finding only a few feathers, small bones and skin patches of the eaglet. These were sent to the University of the Philippines for genetic tests.

The cause of its death remained uncertain. PEF data, however, shows that three of 10 nesting attempts of eagle pairs in Mindanao can fail even in the best environments, whether due to natural causes or inexperienced eagle parents.

Ibañez said there was still hope for a new family, since the eagle pair was seen numerous times between February and March this year. Both showed courtship behaviors.

“We also think there are two to three more pairs to find within the park,” he said. “The existence of the Philippine eagle is the outcome of the good job that is being done to protect the area.” 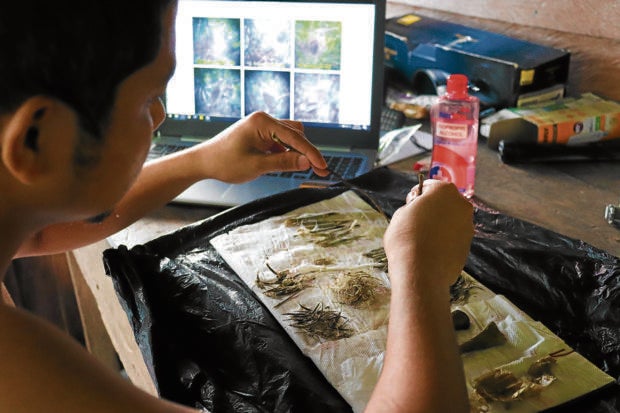 POSTMORTEM The remains of an eaglet found in a nest in Pasonanca are studied by researchers. | PHOTOS COURTESY OF PHILIPPINE EAGLE FOUNDATION AND USAID PROTECT WILDLIFE

Across the country, there are only around 400 pairs left of the country’s national bird, half of them in Mindanao. One of the rarest eagles in the world, conservationists have been working double time to preserve the numbers left in the wild, especially as these birds of prey are still threatened by hunting and habitat loss.

A crucial component of saving these birds, Ibañez said, was providing support for and protection to local communities, particularly indigenous forest guards who do not only protect the park from deforestation and poachers but also provide valuable observations for researchers and conservationists.

Pasonanca has more than 100 paid forest guards, supported by the city’s water district. In Mt. Apo, another known habitat for the Philippine eagle, more than 200 guards who belong to indigenous peoples’ groups still monitor the forests, even amid the threat of the new coronavirus disease (COVID-19).

“The government should invest more in supporting green jobs,” Ibañez said. “The indigenous peoples in the uplands are among the hardest hit by the lockdown … Providing them with decent pay—we think that’s the way forward.”

The COVID-19 pandemic, alongside the avian flu outbreak in Luzon, has also forced the closure of the Philippine Eagle Center in Davao City, which is the main source of funds for PEF’s work and its day-to-day operations.

It, however, has not stopped the work for Ibañez and his team. In May, even amid the lockdown, they released a Philippine eagle, named “Siocon,” back to the wild after it crash-landed on a grassland in Zamboanga del Norte province.

Donations are most welcome to ensure that proper care and food are extended to 32 eagles still in the center and more than 80 other animals.

“In this crisis, our animal keepers are our front-liners in conservation,” PEF said on its website. “With your donations, we can purchase personal protective equipment for our keepers and provide for the daily subsistence of the animals.”