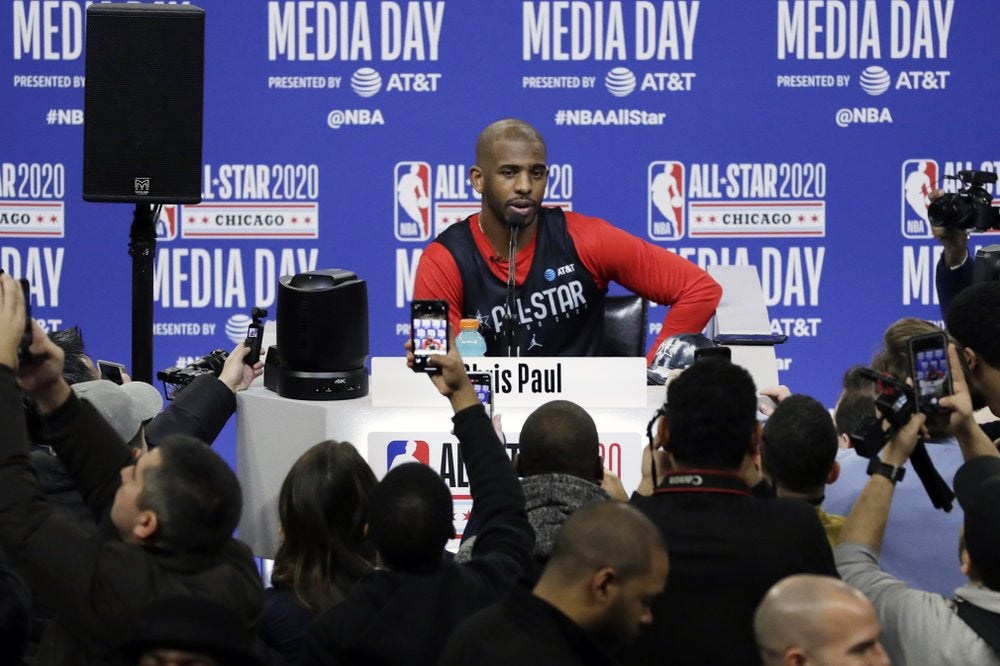 In this Feb. 15, 2020 file photo, Chris Paul, of the Oklahoma City Thunder, speaks during NBA All-Star basketball media day in Chicago. The NBA and the National Basketball Players Association said Wednesday, June 24, 2020, that dealing with racial matters will be a shared goal during the resumed season.| AP photo

NEW YORK  — The NBA and the National Basketball Players Association said Wednesday, June 24, 2020, that dealing with racial matters will be a shared goal during the resumed season.

The league and union announced they will “take collective action to combat systemic racism and promote social justice” when the season restarts at the Disney complex near Orlando, Florida next month.

Specific plans have not been finalized.

NBA Commissioner Adam Silver and NBPA executive director Michele Roberts led a meeting that included league officials and players Tuesday to go over plans, including how best to ensure greater inclusion of Black-owned and operated businesses in league matters and forming an NBA foundation “to expand educational and economic development opportunities” in the Black community.

“The issues of systemic racism and police brutality in our country need to end,” union president Chris Paul of the Oklahoma City Thunder said.

He added, “there is much work ahead both in Orlando and long-term to continue the momentum and bring about real, long-lasting change to our society.”