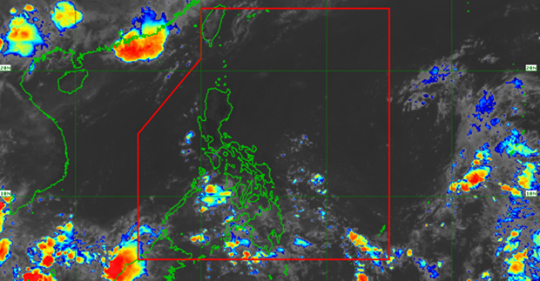 MANILA, Philippines — Cloudy skies will be over Metro Manila, Visayas, and Mindanao, according to the state weather bureau on Saturday said.

(The ITCZ is where the winds of the northern and southern hemisphere come together, which brings cloudy skies and rains in the affected areas.)

Because of the ITCZ, Metro Manila, the Bicol Region, Calabarzon (Cavite, Laguna, Batangas, Rizal, and Quezon), Mimaropa (Mindoro, Marinduque, Romblon, and Palawan), the Visayas and Mindanao will have cloudy skies with scattered rain showers and thunderstorms.

The rest of Luzon, meanwhile, will have partly cloudy to cloudy skies with isolated rain showers due to localized thunderstorms. /MUF

Read Next
In Daanbantayan, 3 of Shimura’s close contacts positive for COVID-19