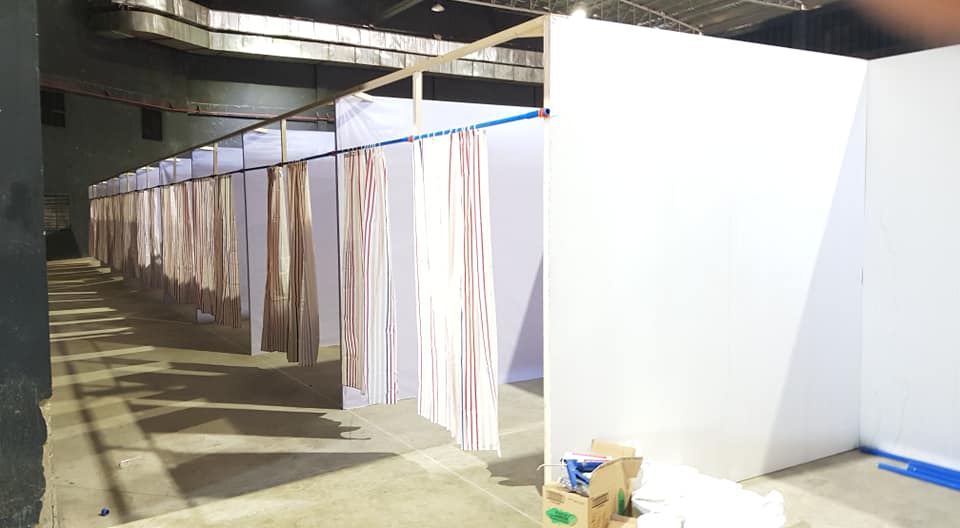 The first hall of the NOAH Complex at the South Road Properties in Cebu City has been completed. | Photo Courtesy of Jerry Guardo

He said in a virtual presser with Presidential spokesperson Secretary Harry Roque, on June 30, 2020, that the BICs are situated in the public schools in the barangays, which are often located at the center of the barangay causing easy transmission to the residents.

This quarantine center would be the New Normal Oasis for Adaptation and a Home (NOAH) Complex, which was inaugurated on June 6, 2020 and is now currently functional with at least 200-bed capacity.

Cimatu is hoping that the patients will be transferred to this quarantine facility so they will no longer have a chance to infect the rest of the residents.

The environment secretary also said he is recommending an extension of the ECQ as the protocols have been set in place now, and should be continued in the next few weeks.

For this reason, the strict protocols should remain. The people should also remain in the city even those locally stranded individuals (LSIs).

Cebu City spokesperson Rey Gealon said that should the ECQ be extended, the city is prepared to provide aid to the residents such as additional relief and assistance.

Furthermore, the city is also positive that the national government will be sending help to the city should it remain under the ECQ.

Gealon said that the national government has sent personal protective equipment (PPEs), deployed more medical professionals and police, and even sent relief supplies to the city amidst the ECQ.

“So far, the national government has been supportive to the city amidst the pandemic. We can always expect their support,” he said.

Gealon said that the city should also do its part, and he urged the residents to follow the stay-at-home policy, practice social distancing, wearing of masks, and proper hygiene to keep the virus at bay. /bmjo

Read Next
The weather affects your mood, and there are scientific reasons behind this