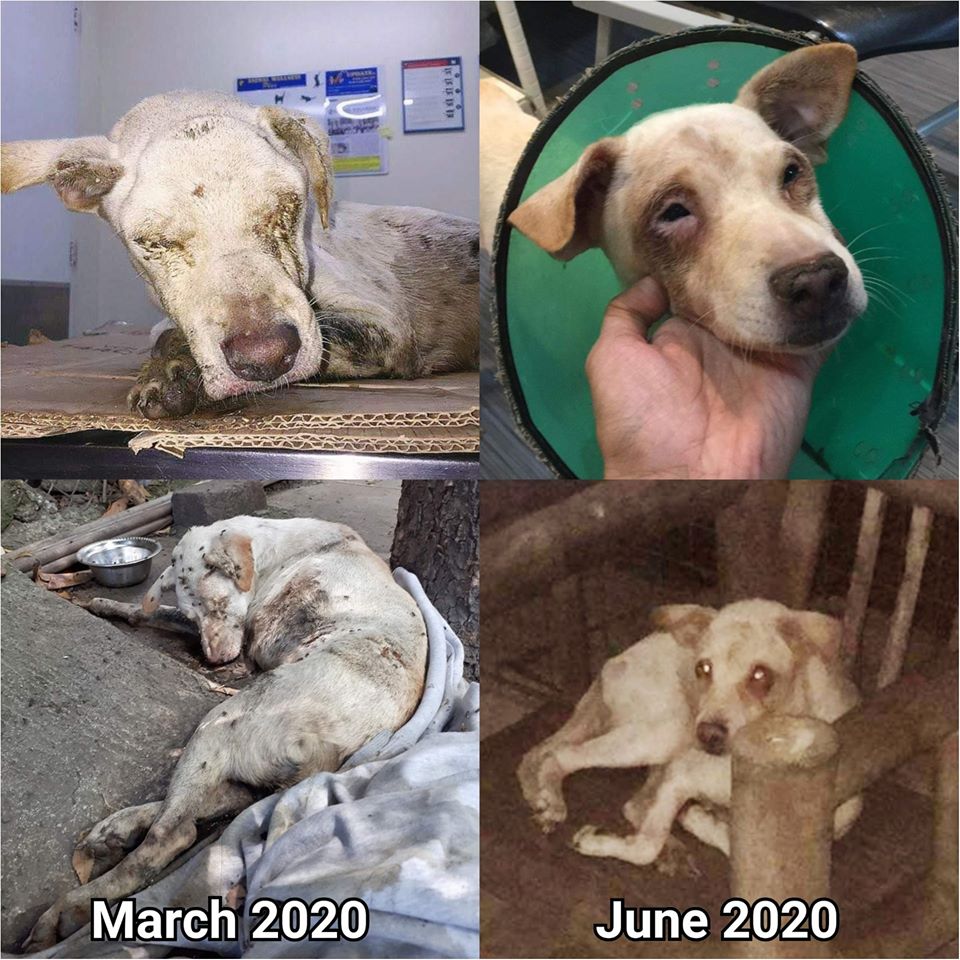 Ahbita, an aspin, was found almost lifeless in the roadside of Lapu-Lapu City three months ago by concerned citizens, who notified Saving Strays Cebu.

Gretel Eleazar, founder of Saving Strays Cebu together with her daughter, rescued Ahbita on March 17, almost lifeless with a lot of bruises.

“According to the witnesses she was run over by a car since Sunday and before she could stand up and move away another car hit her for the 2nd time in a row,” said Eleazar.

She also added that once they picked up Ahbita along the highway in Lapu-Lapu City last March, Ahbita was covered with ants and maggots.

Once they reached a veterinary hospital in Barangay Banilad, doctors were quick to run some tests for Ahbita to make sure of her condition.

After running some tests the doctors discovered she also was suffering from anaplasmosis and ehrlichiosis.

With this, Saving Strays Cebu asked netizens and kind-hearted people to donate any amount for Ahbita who was admitted to the hospital for three months.

And just last June 25, Ahbita was discharged from the hospital and is now under the care of her foster family in Talamban.

Read more: Things you need to consider before adopting a dog or a cat

Ahbita deserves a new home and if you think you can be the best fur parent to Ahbita, you can drop a message on the Facebook page of Saving Strays Cebu. 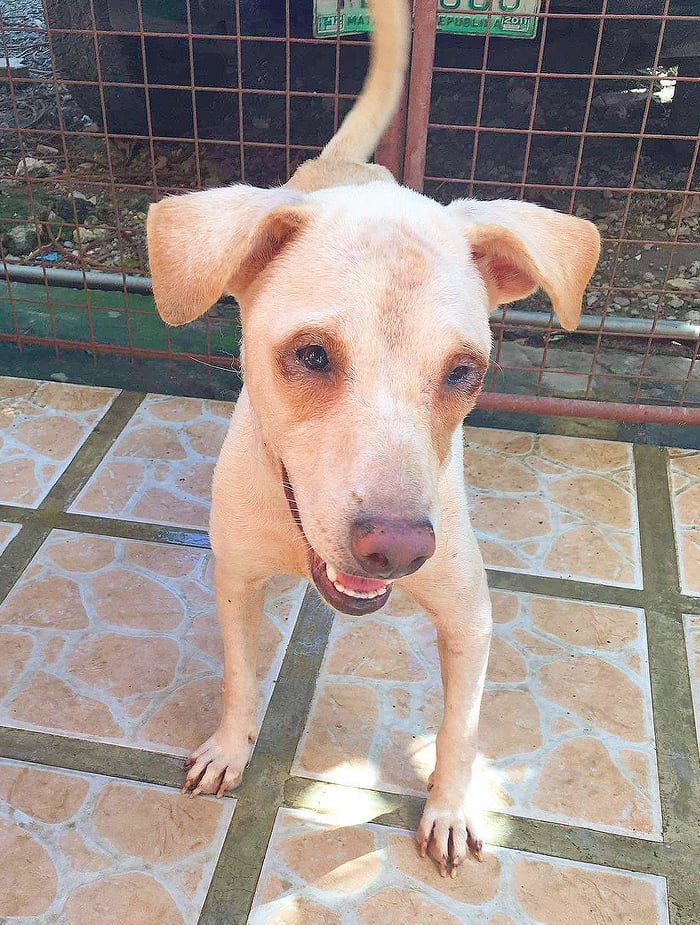 Ahbita, the rescued dog, three months after her recovery from her injuries. | Contributed photo

Give this lovely dog, Ahbita a new chance in life with you! /dbs