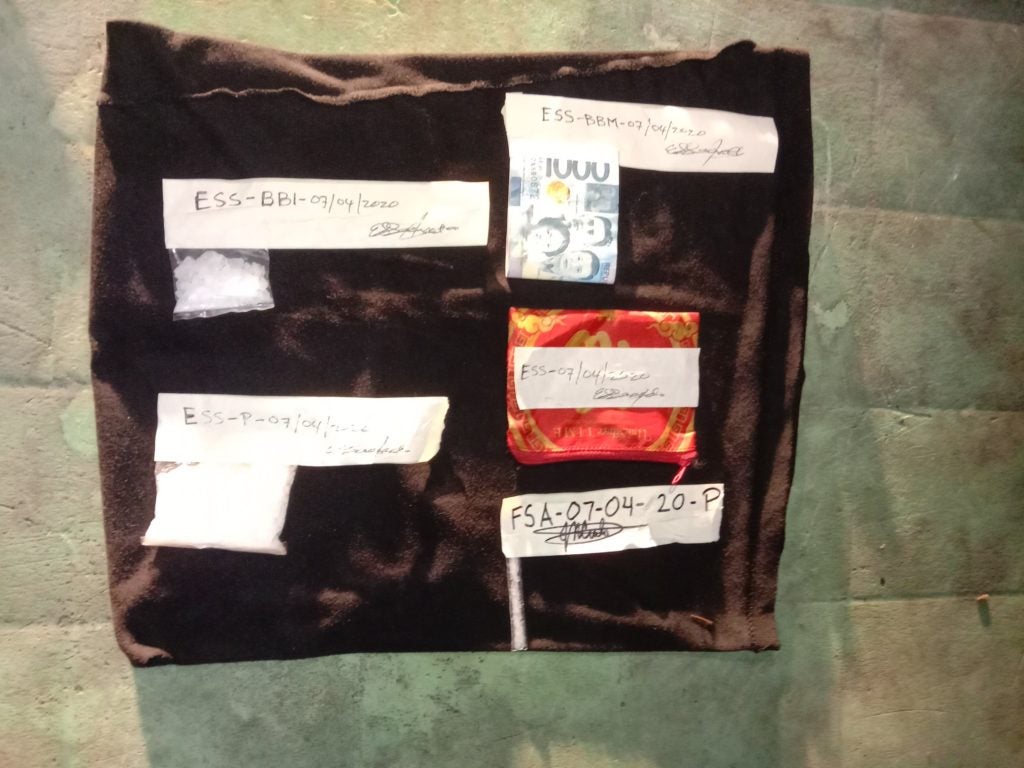 At least P204,000 worth of  suspected shabu were confiscated from two brothers in the buy-bust operation conducted in Sitio Libo, Barangay Tayud, Consolacion, Cebu on Saturday, July 4, 2020. | Photo Courtesy of Norman Mendoza

CEBU CITY, Philippines — Two brothers were caught with at least P200,000 worth of suspected shabu during a buy-bust operation in Sitio Libo, Barangay Tayud, Consolacion town on Saturday night, July 4, 2020.

Richard Abucay, 38; and Filjune Abucay, 30;  who are both from Sitio Libo, were caught with 22 grams of suspected shabu during the buy-bust operation, said Police Executive Master Sergeant Jodiel Orcullo of the Provincial Drug Enforcement Unit (PDEU) of the Cebu Police Provincial Office (CPPO).

Orcullo said that the confiscated drugs from the brothers had an estimated Dangerous Drugs Board value of P204,000.

He said that they had been monitoring Richard, who was the target of the operation, after he was released from prison last July 2019 when he availed of a plea bargain.

Orcullo said that Richard was allegedly arrested for selling and possessing illegal drugs.

But a few months after Richard was released, Orcullo said they found out that Richard had allegedly went back to selling illegal drugs and was now even expanding his market distribution in Mandaue City, Consolacion, Liloan and Compostela.

Orcullo said that the brothers could dispose from 100 to 200 grams of suspected shabu in a week.

The Abucay brothers were detained at the CPPO detention facility in Barangay Lahug Cebu City.

Read Next
Unusual haircut tool in Cebu gets netizens laughing