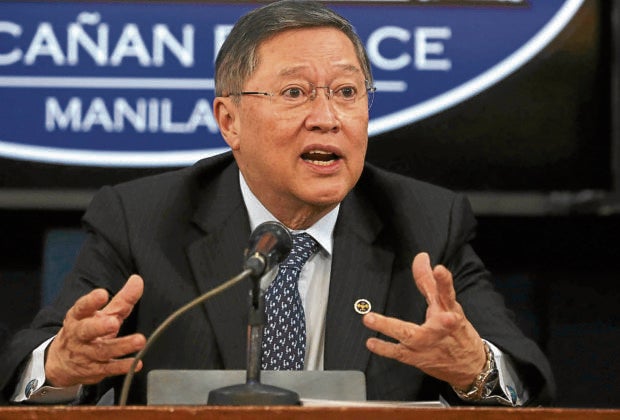 MANILA, Philippines — While cigarettes and liquor are enjoying brisk sales online in the time of pandemic and are delivered to the comforts of home of buyers, who may include minors, the Department of Finance (DOF) wants to stop the sale of the “sin” products in digital marketplaces.

To ensure that these products are not accessible to minors, Finance Secretary Carlos Dominguez III on Saturday said “we will move to ban online sales of cigarettes and liquor.”

The Tobacco Regulation Act of 2003 bars cigarette makers from advertising, including on the internet, but there’s no law preventing them from selling in online marketplaces.

Presidential Decree No. 1619, issued in 1979, prohibits the sale to minors of “volatile substances that induce intoxication.’’

Amid the quarantine, which limits the movement of people and access to certain goods and services, online sales are booming—and those of cigarettes are no exemption.

People below 21 years old are still barred from going outside their home even under general community quarantine (GCQ), which was implemented in Metro Manila on June 1. GCQ was earlier declared in other areas.

Since March 16, minors have been cooped up in their homes as a result of the lockdown, which is aimed at containing the spread of the new coronavirus.

The ban on the sale of liquor, imposed by local governments to discourage social drinking to prevent the spread of the new coronavirus, was lifted only a few weeks ago.

A check with e-commerce platform Lazada on Sunday showed popular cigarette brands being sold at big discounts of 15 percent to 55 percent.

For instance, the price of a ream of mentholated Marlboro containing 10 packs of 20 sticks each was slashed 42 percent to P1,050 from P1,800.

Liquors are also being sold on Lazada, although the website asks potential buyers to first confirm whether they are “at least 18 years old to enter” the page of the specific product category.

Some of the alcoholic drinks are also being offered at discounted prices.

But Dave Gomez, communications director at PMFTC, told the Inquirer on Sunday that the company was implementing a so-called age-gating to ensure that none of its products were sold to minors.

PMFTC’s trade and distribution agreements with resellers contain provisions requiring the latter to not sell to consumers below 18 years old, according to Gomez.

The resellers are responsible to double-check the ages of buyers upon delivery, he said. “We’re very strict with that online sellers observe age verification.”

Thus, he said, resellers were required to ask buyers to show proof through any government-issued ID.

Gomez added that PMFTC would cancel agreements with resellers that did not follow age-gating.

Asked to comment on Dominguez’s plan to ban online sales, he replied: “We understand the concern and agree that cigarettes should not be sold to minors, even online. Minors should not smoke, period.”

“For online commerce, resellers of cigarettes should strictly observe youth-access prevention by having age-gating on their sites and require proof of age upon delivery. This is our policy,” he added.

Gomez acknowledged that PMFTC brands, like any other consumer products, were seeing a surge in e-commerce sales due to the pandemic.

It was because of this online sales boom that the Bureau of Internal Revenue (BIR) moved to strictly implement registration and, eventually, tax collection among businesses in the digital space.

The government was also working on a mechanism to collect value-added tax (VAT) from global digital platforms, such as Amazon, Facebook, Google and Netflix.

Last month, Dominguez said that “as more and more transactions move online, so must our revenue measures.”

He said the government would be “focusing on efforts on collecting VAT on both local and cross-border digital transactions, similar to what other Asean (Association of Southeast Asian Nations) countries are doing.”

While the quarantine boosted online sales, it stopped operations of tobacco and alcoholic beverage manufacturers in the early months of the pandemic due to a liquor ban and restricted deliveries of nonessential products.

When the supply of tax-paid cigarettes dwindled, trade of fake and illicit sticks flourished.

The Bureau of Customs reported that the Port of Subic confiscated on July 1 three 12-meter containers of smuggled cigarettes, which had been misdeclared as LED lights.

The seized cargo contained about 3,100 master cases of cigarettes valued at P93.1 million.

A combination of rising illicit trade and the lockdown restrictions on production had resulted in weak “sin” tax revenue to date. As of end-May, the combined take from tobacco and alcohol products fell 39 percent year-on-year to P63.1 billion.

This was despite the higher levies slapped on cigarettes, e-cigarettes and alcoholic drinks under Republic Act No. 11346, or the tobacco tax law of 2019 signed by President Duterte last year, as well as RA 11467 signed in January.

Under RA 11467, heftier excise tax rates took effect at the start of the year to raise more revenues to finance the universal health care program.