Baseball players get a peek at playing without fans 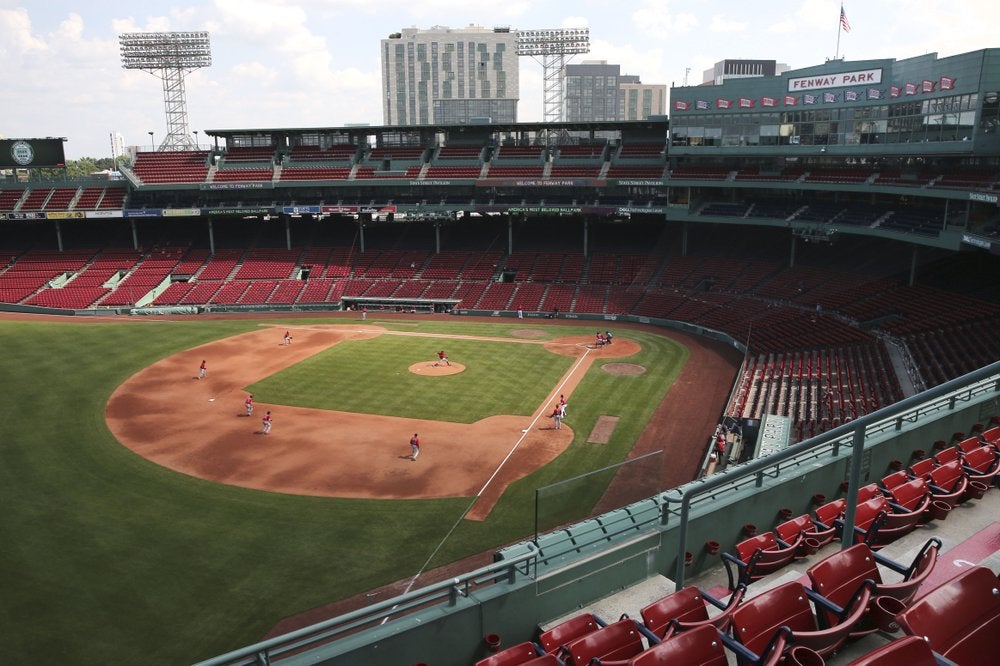 Baseball players got a sense of what the game will be like without fans in the stands upon returning for workouts last week.

They’re getting a more realistic glimpse this week as teams begin holding scrimmages.

Baseball returned for workouts last week after the season was interrupted by the coronavirus pandemic during spring training. Teams have started ramping up their workouts in preparation for a 60-game season set to begin on July 23.

The season will start without fans in the stands and will likely remain that way for a while as coronavirus hotspots continue to pop up across the country.

“We’ll remember this season, going through it, for a long time because these are very unusual feelings for all of us to experience when we’re watching games like this,” Stearns said. “In terms of the actual game and the way that the game played out, I think it looked like normal baseball.”

The Boston Red Sox will try to make the atmosphere a little closer to normal by experimenting with piped-in noise, like leagues in Taiwan and Korea have done.

“So hopefully it won’t be quite as quiet. It is quiet today,” Red Sox manager Ron Roenicke said. “I think we’re just constantly adjusting to things and trying to figure it out.”

Umpire Joe West faced backlash earlier this week after he said he doesn’t believe all the deaths attributed to COVID-19 were from the virus.

The Major League Baseball Umpires Association stepped back from West’s comments with a statement issued on Thursday.

“Recent public comments about the current Coronavirus pandemic do not in any way reflect the position of the Major League Baseball Umpires Association,” the statement said. “Our nation, and our world, has suffered greatly from this deadly virus. In the midst of continued suffering umpires are attempting to do our part to bring the great game of baseball back onto the field and into the homes of fans everywhere.”

The Cleveland Indians kept outfielder Franmil Reyes away from camp after he was spotted on social media attending a Fourth of July gathering.

Reyes was allowed to resume on-field activities on Wednesday after being re-tested twice and apologized for putting himself and his teammates at risk.

Both tested positive for the coronavirus during intake testing last week. Daniels said Gallo was still asymptomatic and that Martin, who has Type 1 diabetes, is feeling better every day after initially having mild symptoms, including congestion and fatigue.

“I am hopeful they won’t be out much longer,” Daniels said, without elaborating.

One of the new rules during the pandemic is the prohibition of spitting to prevent the virus from spreading.

Following the rule is not as easy as it sounds. Players have actually been practicing not spitting.

“That’s a big thing for me. I do dip some tobacco. I’ll have to change that up, maybe go to gum more often,” Florida’s Garrett Cooper said. “That’s the natural thing for a baseball player to do, spit. That’s what they’ve been doing their whole lives — gum, sunflower seeds, a lot of guys dip tobacco. It’s part of your normal protocol. Maybe it helps people calm down. I’ve caught myself a few times. I start to spit and go, ‘Oh man, I can’t do this now.’ It’s something you’ve got to get used to.”

Altanta starter Mike Foltynewicz looked sharp in three innings of a controlled scrimmage, which he credited to workouts he participated in at nearby Campbell High School with Mike Soroka and Sean Newcomb, during the long break. He’s been throwing six times a week and pitching bullpens.

“We got really lucky to be able to go to that school and throw every day,” Foltynewicz said. “It was difficult just to get in gyms and get in the parks to throw. It was tough. Me, Newk, Mike. We had a bunch of guys come in, left- and right-(handed hitters), just to stay ready. At any time MLB could’ve started us back up and we could’ve had to ship right out to spring training.”