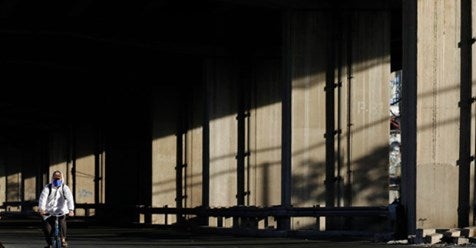 The Philippines is bracing for a worse-than-expected drop in gross domestic product (GDP) in the second quarter as the country’s chief economist on Friday said the COVID-19 lockdown inflicted more pain to the economy than earlier projected.

But as the economy gradually opened up under less-restrictive quarantine, Acting Socioeconomic Planning Secretary Karl Kendrick T. Chua told an online press briefing that recovery was underway this third quarter.

Chua, who heads the state planning agency National Economic and Development Authority (Neda), said the latest economic data covering the months of April and May showed the impact of the enhanced community quarantine (ECQ) imposed in Luzon and other parts of the country with high COVID-19 infection since mid-March was “more severe than expected.”

Earlier Neda estimates showed that the economy lost P1.1 trillion or 5.6 percent of GDP across the agriculture, industry, and services sectors during the first 45 days of the ECQ—said to be one of, if not the most stringent, COVID-19 lockdowns in the region.

While Chua reiterated that the second-quarter GDP would be “more negative” than the 0.2-percent decline during the first quarter, the Neda chief said he did not know yet “to what extent it will be worse.”

In April, 7.3 million Filipinos were jobless, jacking up the unemployment rate to a 15-year high of 17.7 percent.

Some economists already projected a sharper second-quarter contraction reaching double-digits, bringing the economy into a recession.

Chua said the government always revisited the economic team’s May 2020 projection of 2 to 3.4 percent GDP contraction for the entire year whenever new data came in.

“Once we prepare the final budget proposal, there could be some adjustments,” Chua said, referring to the proposed P4.3-trillion 2021 national budget to be submitted to Congress by August.

The latest preliminary Philippine Statistics Authority data on external trade in goods released Friday showed that merchandise exports dropped 35.6 percent year-on-year to $3.9 billion in May, although the value of Philippine-made products sold overseas that month rose from $2.8 billion last April.