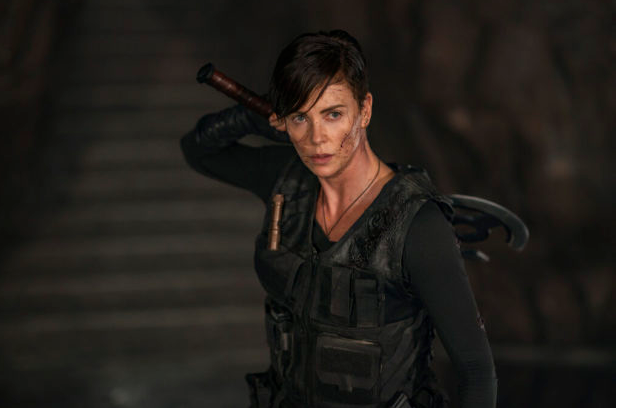 This image released by Netflix shows Charlize Theron in a scene from “The Old Guard”. Image: Aimee Spinks/Netflix via AP

Netflix’s latest action film “The Old Guard” drew from multiple fighting styles to give credibility to its warrior characters who have been fighting for centuries.

Kali uses hand-to-hand combat and can incorporate weapons such as sticks and knives.

Hernandez said they tapped fighting techniques from around the world that included wushu from China, silat from Indonesia and pankration from Greece.

“Old Guard” follows four warriors who have an inability to die and have been spending their immortality as mercenaries protecting the world.

Actress Charlize Theron, plays the leader of the group, Andy, who wields a labrys or a double-headed axe associated with the Amazons.

“I obviously had to fight like somebody who had to fight for 6,000 years,” Theron said of her grueling training.

The film is based on the eponymous comics by Greg Rucka and is directed by Gina Prince-Bythewood. It premiered on Netflix last July 10. JB

By: Reuters
read more
TAGS: Charlize Theron, Filipino martial arts, Kali, Netflix, The Old Guard
Latest Stories
Wonggoys releases third and final album
Devon Seron on 29th birthday: ‘That was a fantastic year of strengthening myself’
When was the last time you had masareal?
Palawan Pawnshop unveils PalawanPay, an e-wallet designed for the needs of the Filipinos
Cebu Exchange set to welcome more occupants
Most Read
Fernandez: 3rd place finish still doable if we work together
LOOK: Kaye Abad looks stunning as she turns 40
Cebuano dancesport duo: ‘We are very honored to once again represent our country’
Former Rep. Martinez, 7 others convicted of graft, malversation of funds
Barbie Imperial embraces stretch marks with pride and fans are loving it