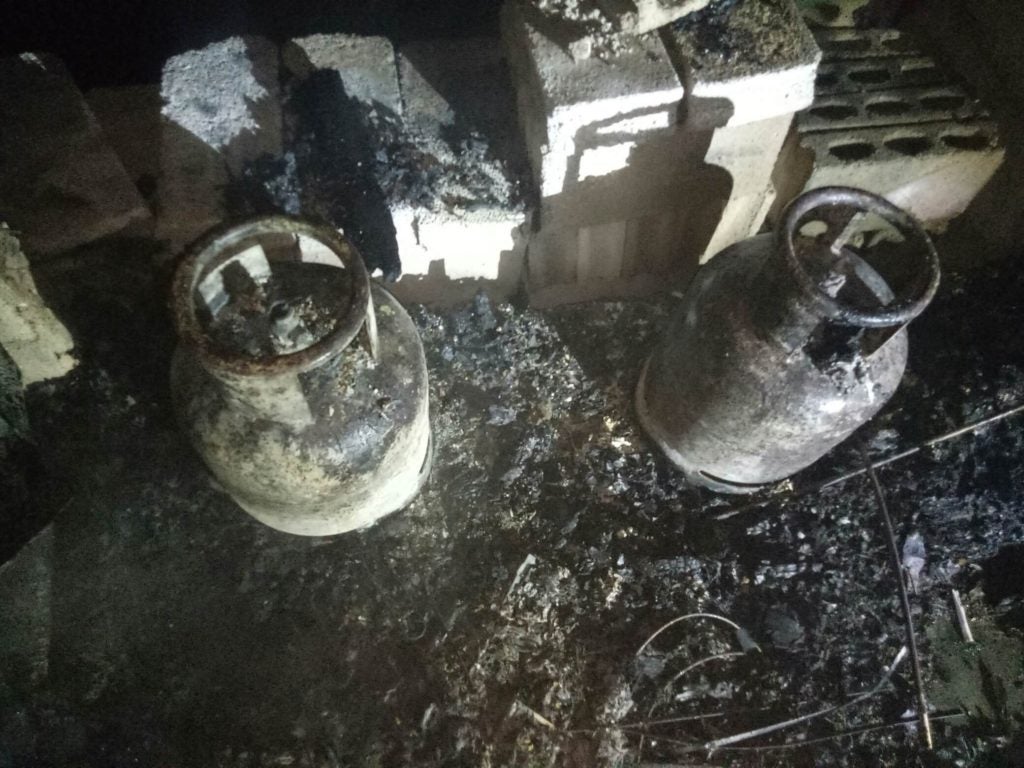 A 75-year-old tricycle driver was killed when fire hit his home in Barangay Looc, Santander, Cebu at around 2 a.m. on Sunday, July 12, 2020. | Photo from the Oslob Fire Station

Fire Officer 1 Joseph Yongco their investigation seems to be leading to the possibility that Emelio Magalso was the one who started the fire that also killed him.

Magalso, 75, lives alone in his home.  His wife is an Overseas Filipino Worker (OFW) while his two children are now based in Manila.

Yongco said they found during their investigation that two LPG tanks were dragged away from the kitchen where it used to be placed.

Magalso’s charred body was found beside the LPG tanks, an indication that he may have started the fire to commit suicide.

Neighbors were also telling them that Magalso was acting strangely on Saturday, July 11, Yongco said.

(His neighbors said that it was as if he was already saying goodbye to them because he started to give out things that were inside his house and he gave the contact number of the person whom they should call should anything happen to him.)

Yongco said that the fire which broke around 2 a.m. on Sunday burned Magalso’s house and another one that was nearby.  It also damaged a third house in the area.

The fire, Yongco said, was already put out by neighbors when they arrived.

Yongco said that Magalso’s charred remains is now in a funeral parlor in Oslob town and will remain there until arrangements are made with his wife and children. / dcb