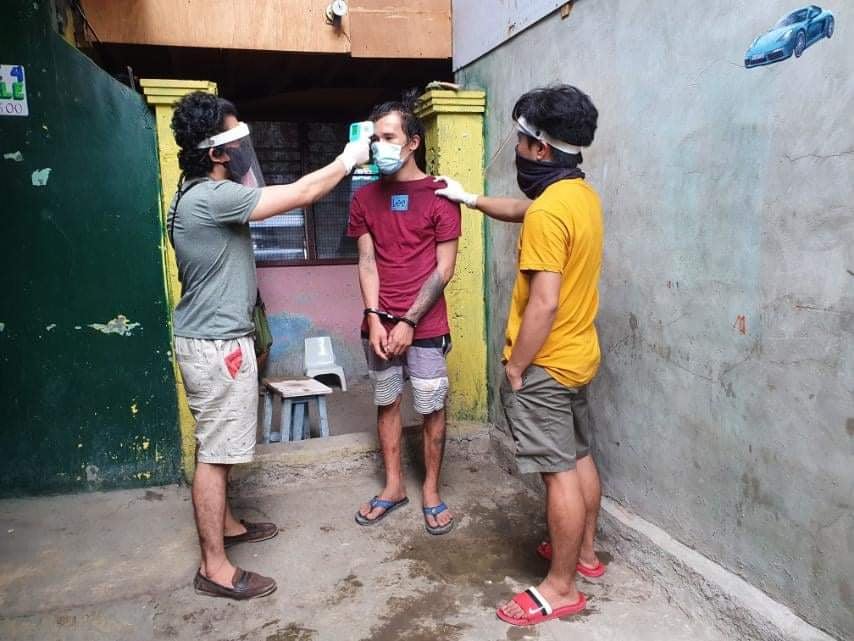 Agents of PDEA-7 arrest Johnry Tabalin (center) after he was caught with P680,000 worth of suspected shabu during a buy-bust operation in his home in Barangay Mambaling, Cebu City at past 5 p.m. of July 12, 2020. | Photos from PDEA-7

CEBU CITY, Philippines — A 29-year-old man, whom authorities considered as a high value target (HVT), is caught with P680,000 worth of suspected shabu during an anti-illegal drug operation in Barangay Mambaling, Cebu City.

Johnry Tabalin was caught with 100 grams of suspected shabu in his home in Barangay Mambaling at around 5 p.m. during a buy-bust operation conducted by the Philippine Drug Enforcement Agency in Central Visayas (PDEA-7), said Leia Albiar, PDEA-7 spokesperson in a phone interview.

Albiar said that the confiscated suspected shabu had an estimated Dangerous Drugs Board value of P680,000.

Albiar said that they conducted the operation against Tabalin three days after they placed him under surveillance.

She said that the agency considered Tabalin as a high value target (HVT) because he was  able to dispose at least 500 grams of suspected shabu in a week.

Albiar also said that in their initial investigation they found out that Tabalin was acquitted of possession of illegal drugs in December 2019.

Charges for violating section 5 and 11 or the selling and possession of dangerous drugs under the Republic Act 9165 or the Comprehensive Dangerous Drugs Act, are set to be filed against Tabalin.

The suspect was detained at the PDEA-7 detention facility in Sudlon, Barangay Lahug, Cebu City pending the filing of charges./dbs