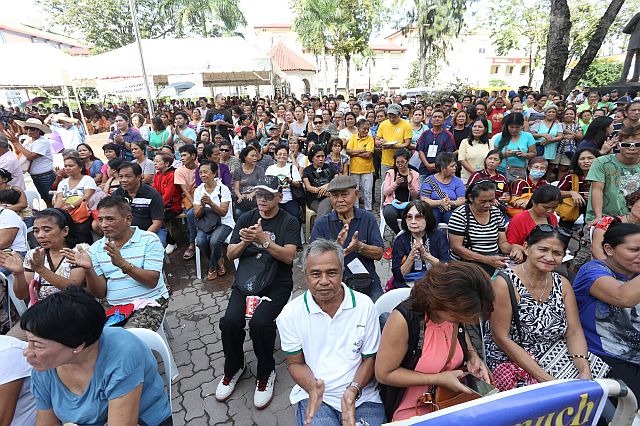 Hundreds of beneficiaries of the 93-1 lots witnessed the signing of a memorandum of agreement between Cebu City Mayor Tomas Osmeña and Cebu Gov. Hilario Davide III for the land swap deal in front of the City Hall building in this December 2016 photo. | CDN File Photo

CEBU CITY, Philippines — The land swap deal between Cebu City and Cebu province, which supposedly ended the nearly three decades of dispute in 2018, had no approval from the Commission on Audit (COA).

In August 2018, former governor and now Vice-Governor Hilario Davide III and former Cebu City mayor Tomas Osmeña signed the documents for the land swap pursuant to their memorandum of agreement in 2016 which transfers the ownership of a total of 32 hectares of province-owned lot spread in at least 11 barangays to the Cebu City government.

In exchange, the province gets at least 2.5 hectares in the South Road Properties (SRP), the abattoir, and the city’s Septage Treatment Plant at the North Reclamation Area, a portion of Block 27, the city-owned property in Barangay Pulpogan in Consolacion, and the seven-hectare Cebu City Zoo. 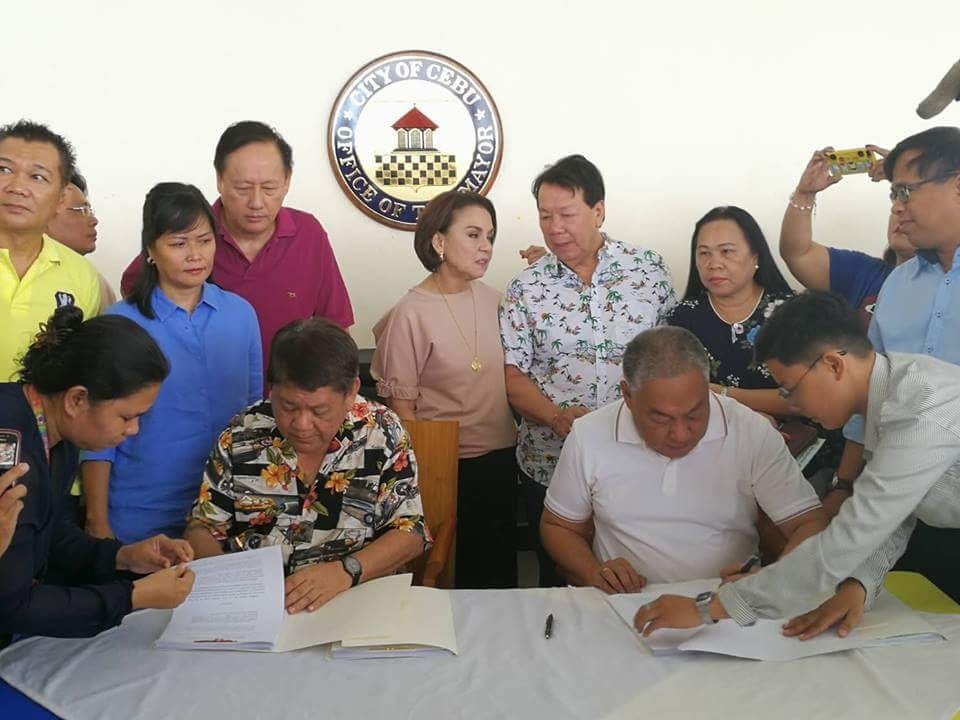 The state auditors, in its 2019 audit report for the province, however, flagged the province’s move of executing the Deeds of Donation and Acceptance for the exchange of the properties without seeking a prior nod from the agency.

According to COA, existing audit rules require that it gives its approval prior to the disposal of any real property through negotiation.

The 2016 MOA of the two local government units also provides that they would execute the land swap within 30 days from COA’s approval of the exchange.

COA said lawyer Mark Tolentino, who was the provincial administrator at the time, wrote their office in July 2017 requesting a copy of a certain memorandum or circular which allows the disposal of real property of a government agency without COA approval.

In October 2018, the agency informed Tolentino the comments of its Legal Services Sector which said that the land swap between the province and the city “falls within the purview of the term ‘disposal’ as described by COA Circular no. 89-296.”

The Circular described disposal or divestment as “the manner or scheme of taking away, depriving, withdrawing of authority, power or title.”

The Legal Services Sector added that land swapping evidently does not involve public auction and therefore should be qualified as a negotiated sale. This means that the exchange should have secured prior approval from COA.

After the 2019 local elections, Osmeña lost his reelection bid to incumbent Mayor Edgardo Labella, Governor Gwendolyn Garcia assumed the governorship, and Davide was elected as vice-governor.

The new leadership in the city and the province have agreed to renegotiate the terms of the land swap as they called the process taken by their predecessors as “erroneous.”

In the audit report, COA directed the present Capitol administration to require the persons responsible for the land swap to explain why COA approval was not secured prior to the execution of the deeds of conveyance by way of donation.

COA said the present administration submitted a copy of a letter sent to Davide requesting for comments and explanation on audit observation considering that the transaction was made during his term as governor. / dcb