MANDAUE CITY, Cebu – An official of Barangay Calero was the latest COVID-19 fatality in Liloan town in northern Cebu.

The 66-year-old official died on July 18 while admitted to a private hospital and “she was laid to rest today (Sunday)” in compliance with Department of Health guidelines on the handling of COVID-related deaths, the municipal government said in an advisory released Sunday night, July 19.

In its advisory, Liloan town said that the barangay official had a prevailing heart condition and has been taking medication.

“Mayor Christina Frasco and Congressman Duke Frasco express their deep sadness over her passing. Barangay officials are also frontliners in this war against Covid-19. We join the family and entire Brgy. Calero in honoring her memory and the service she has given to the barangay and to Liloan. We pray for the eternal repose of her soul and all those who have passed on during this pandemic,” the town’s advisory reads. 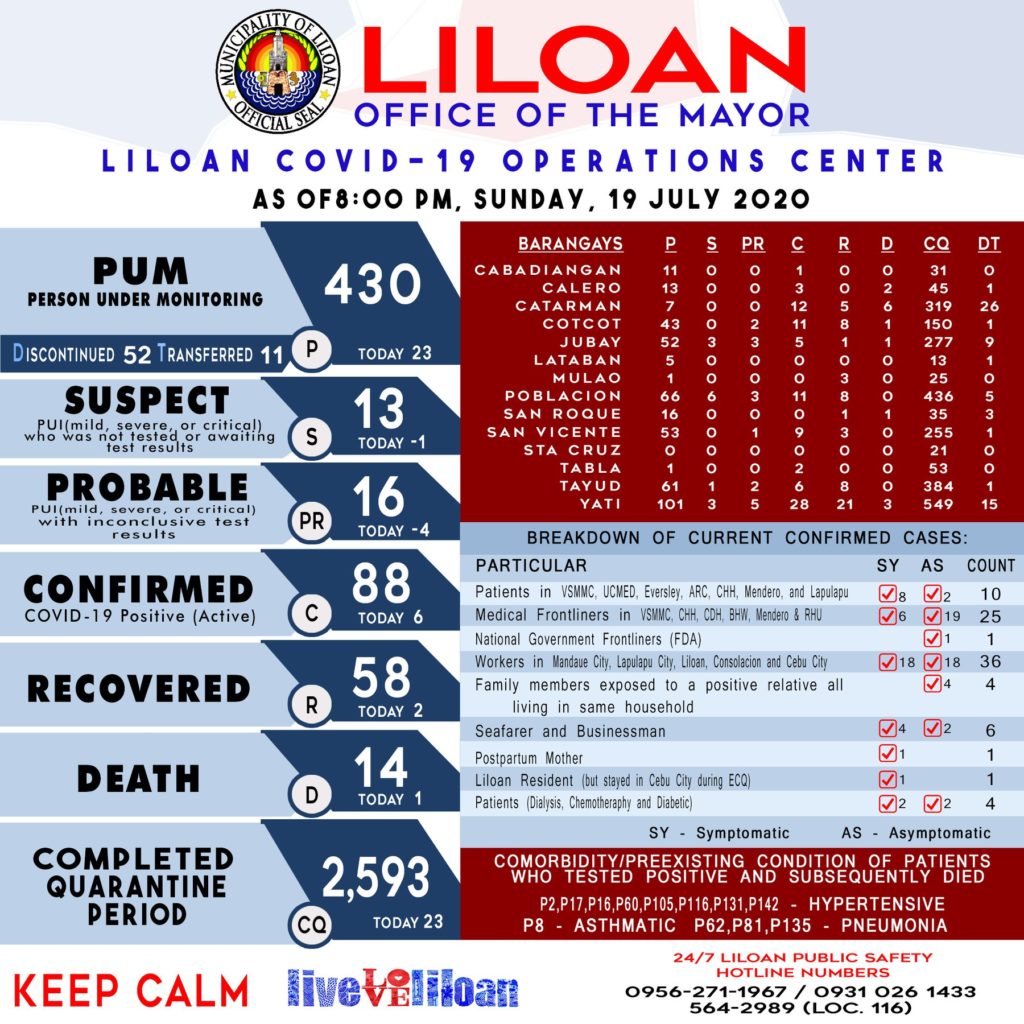 Its new recoveries were medical frontliners who work in hospitals that are located in the cities of Mandaue and Lapu-Lapu.

On the other hand, the town’s six new cases include a cancer patient who is undergoing chemotherapy sessions three times a week.

The 69-year-old resident of Purok Lusay in Barangay Poblacion was made to undergo rapid test prior to a scheduled chemotherapy session on July 15 and his test results showed that he had the infection.  The outcome of his July 16 swab test that was released on July 18 confirmed his infection.

Although asymptomatic, the patient was advised to undergo home isolation, said the town’s advisory.