Panglao town is a popular for its beaches and its Virgin Island sand bar. | Municipality of Panglao FB page

CEBU CITY, Philippines — The creation of travel corridors among the provinces of Cebu, Bohol, Negros Oriental, and Siquijor in Central Visayas are among the avenues being explored by local officials to revive the region’s economy.

The tourism industry, which is one of the major economic drivers in the region, is among the sectors severely hit by the ongoing community quarantine as the threat of the coronavirus disease 2019 (COVID-19) continues.

In a statement, the Office of the Presidential Assistant for the Visayas said the four governors have agreed to convene on August 12, 2020, in Siquijor, which is the only province in the region that has remained COVID-19-free.

The meeting of the four governors will tackle their common concerns on tourism, among others.

Governor Gwendolyn Garcia, who recently signed her executive order 20-A which sets the tourism protocols in the province of Cebu, was quoted as saying that it would be better for Central Visayas governors to work together on the prospect of reopening the tourism industry.

Bohol Governor Arthur Yap, according to OPAV, said that his province planned to establish a travel bubble to support its economy, which was also dominated by tourism and agriculture.

The travel corridor would be an exclusive partnership of the neighboring areas that “have demonstrated considerable success in containing and combating the COVID-19 pandemic within their respective borders.”

As of the July 25 data of the Department of Health in Central Visayas (DOH-7), the region presently has 7,434 active cases of COVID-19 out of the total 15,210 infections logged. 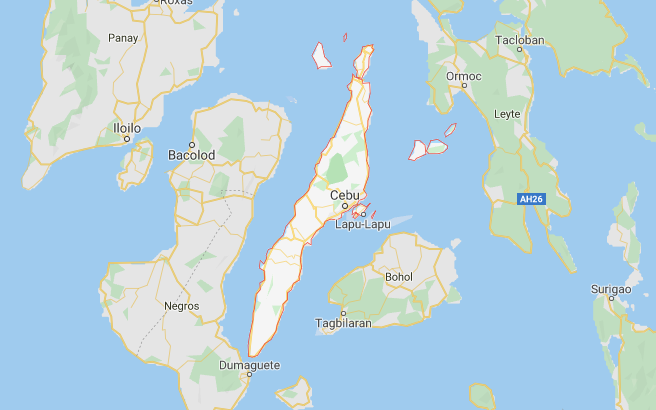 Central Visayas has a total of 7,434 active cases of COVID-19 as of the July 25 data of the Department of Health (DOH-7). (Google Map Image)

The highest count of active cases remains to be Cebu City, which is currently under a modified general community quarantine.

Cebu province remains to have the highest number of COVID-19 cases, both in the count of active cases and the cumulative total, among the four provinces.

While most of Cebu province is under a modified general community quarantine (MGCQ), under which tourism activities are allowed, the city of Talisay and the municipalities of Consolacion and MInglanilla remains under GCQ because of the number of COVID-19 cases in the three LGUs.

Bohol, on the other hand, now has 25 active cases out of its 76 confirmed cases. It has 48 recoveries and three deaths.

Negros Oriental, for its part, currently has 47 COVID-19 active cases out of its total of 98 cases.

According to OPAV’s statement, Garcia said that “now is the best time to revive the tourism industry as quarantine measures in the four island provinces have started to ease in recent weeks.”

The Cebu governor said the four provinces should agree on the same protocols that would be followed for its tourism activities.

“We will meet [so] we can discuss on how we can work on these tourism exchange,” Garcia was quoted as saying.

OPAV said it would organize the governors’ meeting in collaboration with DTI, Department of Tourism, Department of Agriculture, and the  National Economic and Development Authority./dbs

Read Next
Stop being so hard on yourself!