DILG-7 gives green light for LSI travel to and from areas under GCQ, MGCQ 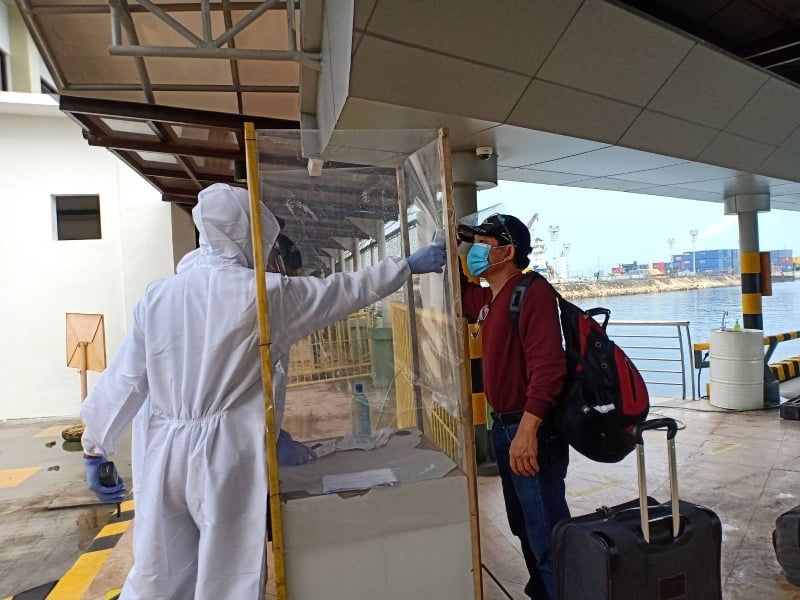 The announcement was contained in a July 31 advisory issued by the Central Visayas office of the Department of Interior and Local Government (DILG) and addressed to its provincial and city directors and the designated LSI focal persons.

“Please advise concerned LGUs and other offices that under the Omnibus Guidelines on the Implementation of Community Quarantine in the Philippines with amendments as of July 16, 2020, interzonal movement of persons between areas placed under GCQ and MGCQ for any purpose other than leisure shall be permitted,” reads the one-page advisory signed by Regional Director and IATF-7 Chairperson Leocadio Trovela.

“With this, the suspension on the movement of LSIs is automatically lifted when the risk level of an area is downgraded to GCQ, thus no need for further issuance or order to that effect.” 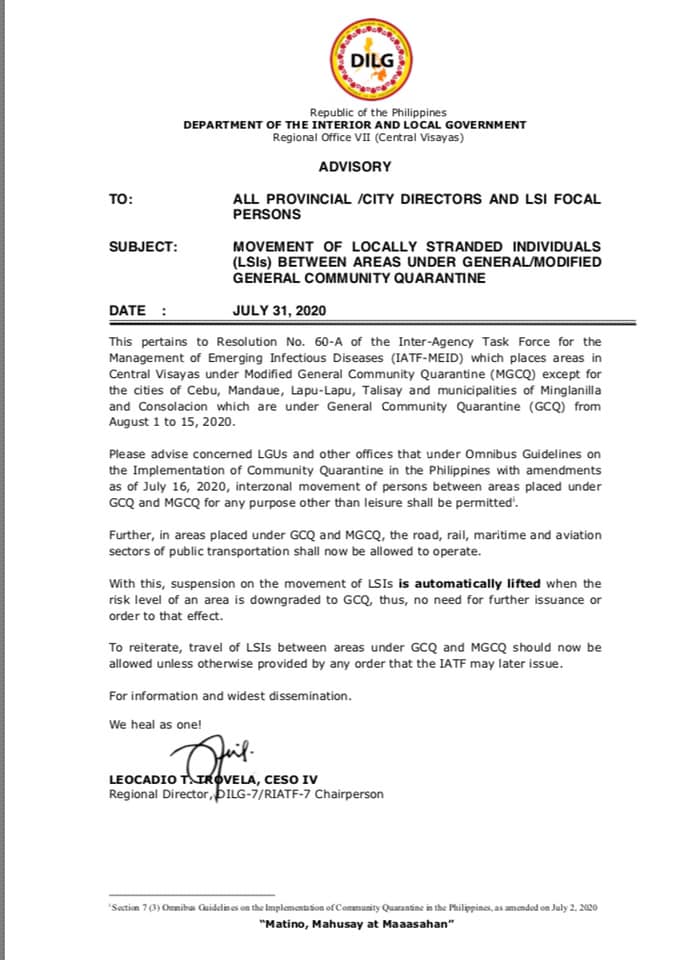 In the advisory, Trovela said that the Inter-Agency Task Force for the Management of Emerging Infectious Diseases (IATF MEID) has issued Resolution No. 60-A which placed areas in Central Visayas under MGCQ except for the cities of Cebu, Mandaue, Lapu-Lapu and Talisay, and the municipalities of Minglanilla and Consolacion that will remain under GCQ until August 15.

“To reiterate, travel of LSIs between areas under GCQ and MGCQ should now be allowed unless otherwise provided by any order that the IATF may later issue,” Trovela said.