Mariano: 8 policemen for each tourist destination 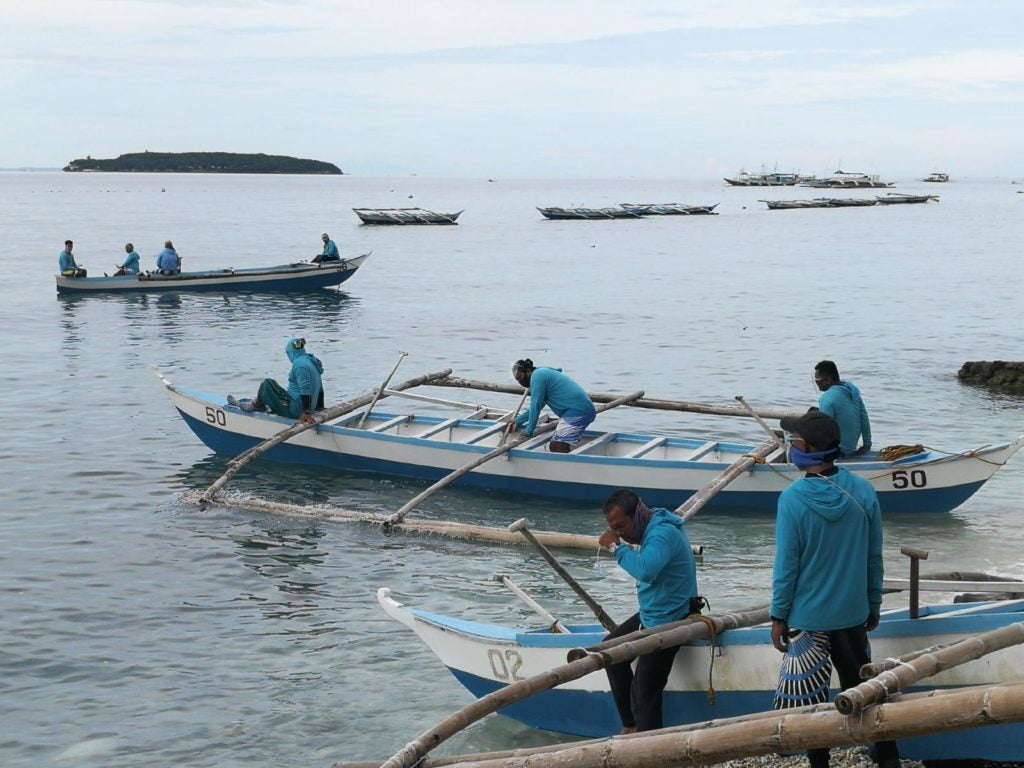 Local boatmen in Oslob prepare for the relaunching of their whale-shark watching activities on Friday, July 31 | CDN Photo Morexette Marie B. Erram

CEBU CITY, Philippines — There will be at least eight policemen assigned to secure the tourist destination areas and to make sure that the health protocols will be observed.

This is the initial security setup for the reopening of tourist destinations in Cebu, according to Police Colonel Roderick Mariano, Cebu Police Provincial Office (CPPO) director.

However, Mariano said that he would add personnel from the Provincial Mobile Force Company (PMFC) in case there would be unexpected incidents that would happen in these areas.

Mariano assured that additional policemen in the tourist areas would not compromise the security in the municipalities and cities especially the security provided in the quarantine control points (QCP) which would remain despite the downgraded community quarantine status of Cebu Province.

(We will still continue the quarantine control points.)

Read more: Barili to include dolphin watching, ATV adventure in its tourism offering

He added that aside from the policemen, the Philippine Coast Guard in Central Visayas (PCG-7) and the Bantay Dagat teams would help in securing the tourist areas as well.

Mariano als0 said that they would be tasked together with the Department of Tourism and the Department of Health to to conduct inspections among the establishments in these tourist areas, to see if they had followed the requirements needed for the reopening./dbs