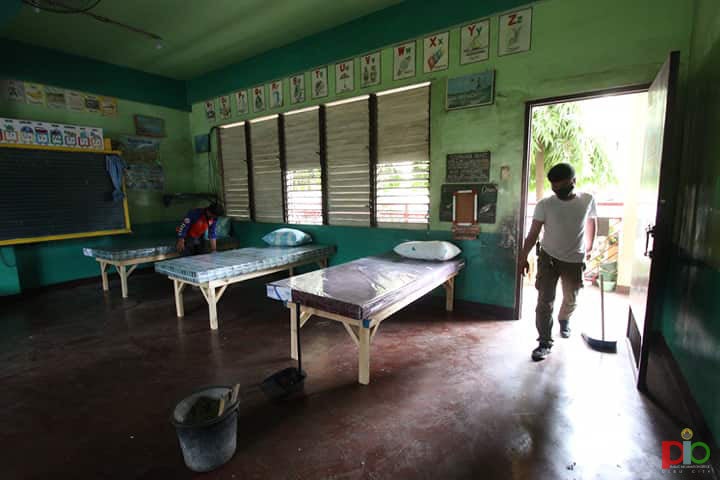 CEBU CITY, Philippines — The Department of Education in Central Visayas (DepEd-7) has allowed the use of public schools as isolation centers up to August 15, 2020.

In Resolution No. 18 released by the Regional Inter-Agency Task Force in Central Visayas (RIATF-7), the public schools can remain as isolation centers for towns and cities in the region until then.

Director Salustiano T. Jimenez, regional director of DepEd – 7,  agreed to extend the use of the public schools since the start of the Academic Year 2020-2021 would start on August 24, 2020.

President Rodrigo Duterte has not allowed face-to-face classes in the country as well without a vaccine to the coronavirus.

Only starting August 24, 2020 that the teachers are directed to report to school in preparation for the opening of classes, such as but not limited to, preparation of learning modules, and continuity plan.

“The RIATF7-MEID considered further the data/justifications presented by DILG-7 on the status of the use of public schools in Central Visayas as Barangay Isolation Centers (BICs), including the total number of schools used as BICs, capacity, occupancy rate, and number of available beds as of July 29, 2020,” said the resolution.

Local government units (LGUs) such as Cebu City has established most of the isolation centers in the school.

Cebu City alone has 56 barangay isolation centers all situated in the schools with over 2,000 bed capacity.

Councilor David Tumulak assured the DepEd-7 that after the city would move out the public schools, the schools would be thoroughly disinfected. /dbs