Kevin Durant picks Clippers to win it all in NBA restart 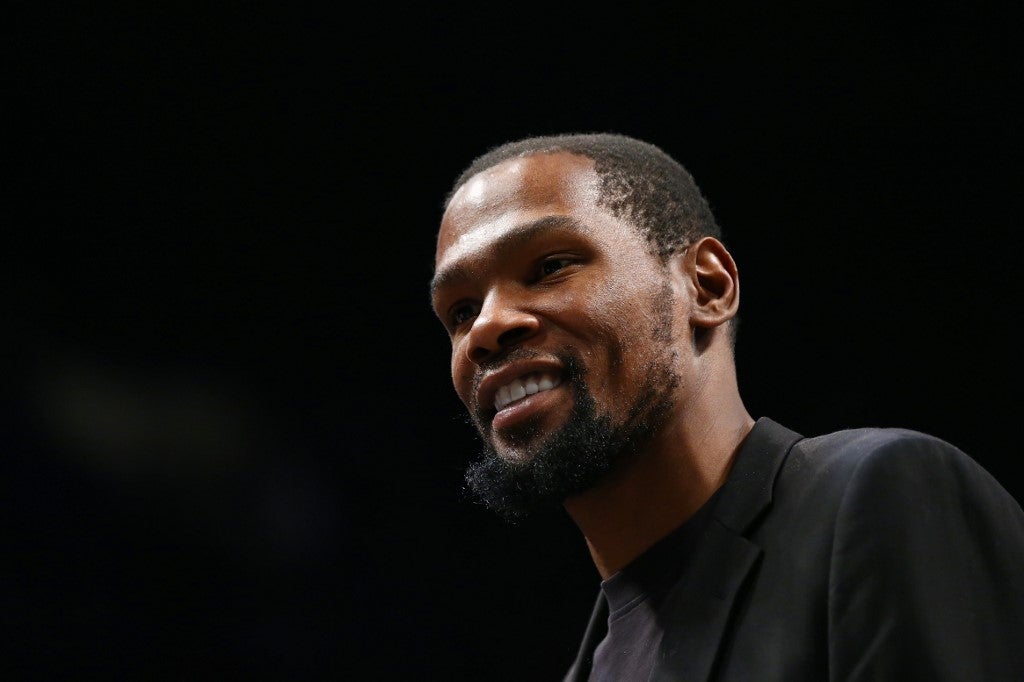 Kevin Durant #7 of the Brooklyn Nets looks on during the game against the Los Angeles Lakers at Barclays Center on January 23, 2020 in New York City. | Mike Stobe/Getty Images/AFP

MANILA, Philippines—The race for the NBA title has been as interesting as it can get.

With 22 selected teams all gunning for the best seeds for the postseason in the Orlando Bubble with no clear cut favorite for the crown, the Los Angeles Clippers got the endorsement from someone who knows how to win a championship or two.

Kevin Durant, who is sidelined with an Achilles injury, picked the Clippers to win it all in the NBA restart with the Milwaukee Bucks as the unfortunate runner-up.

“If I had to choose—and I hate doing that [expletive] because you never know what could happen, you seen that with us [Golden State] last year—but if I had to choose, I’ll go with Clippers and Bucks for the championship,” said Durant on the Play for Keeps podcast.

“And I’ll go with the Clippers.”

Durant, who is now with the Brooklyn Nets, was part of a stacked Warriors team that gunned for a three-peat but his injury along with Klay Thompson going down with an anterior cruciate ligament tear in Game 6 of the NBA Finals against Toronto ultimately doomed them.

The Raptors went on to claim the title in the sixth game and denied Durant his third title.

Entering the Orlando restart, the Clippers were in the upper echelon of the title favorites along with the Los Angeles Lakers and Milwaukee.

Durant sees the Bucks facing the Raptors in the Eastern Conference finals with the two LA teams duking it out West.

“They’re just so deep,” said Durant of the Clippers. “They haven’t had their whole team together for at least a long period of time yet, and that talent is just undeniable.”

“When you have Paul George and Kawhi Leonard at the wings. You got those two at the wings, arguably top three, top four at the wing position on one team.”