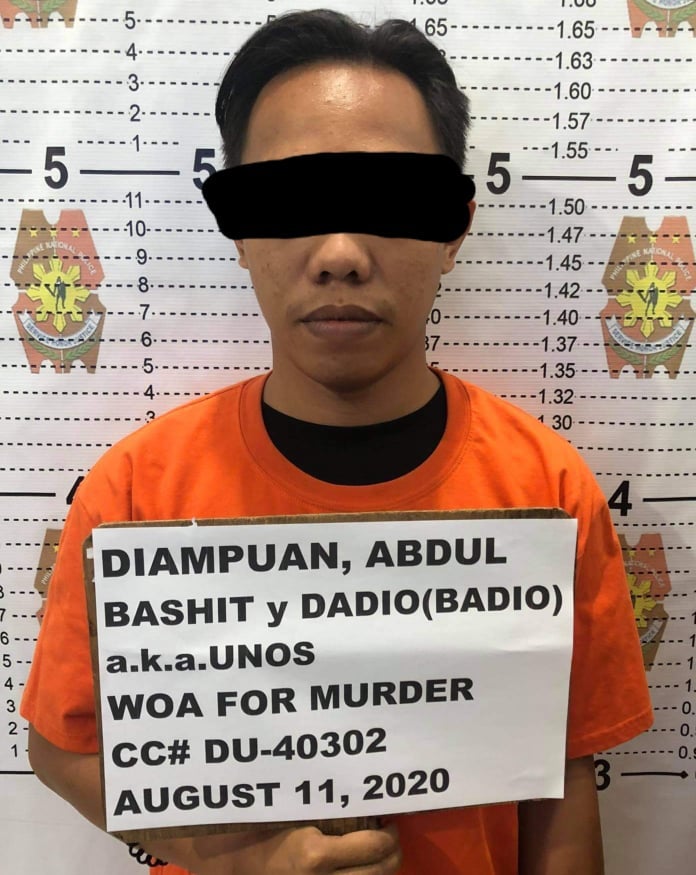 A 22-year-old man with a warrant of arrest for murddr, was arrested in Barangay Tayud, Consolacion, Cebu this Tuesday, August 11, 2020. | Photo Courtesy of PIU CPPO

CEBU CITY, Philippines — The 22-year-old entrepreneur, who is the suspect in the killing of a Criminology student in 2019, was arrested in Barangay Tayud, Consolacion town in northern Cebu, this afternoon of August 11, 2020.

Adbul Bashit Badio Diampuan was arrested at after he was served a warrant of arrest for the murder of student Kelvin Floyd Aton in 2019, said Police Lieutenant Colonel Randy Korret, Provincial Intelligence Unit of the Cebu Police Provincial Office chief, in a phone interview.

Korret said that Diampuan had a standing warrant of arrest since April 2019, which was issued by Judge Fruto Teodorico III of the RTC, 7th Judicial Region, Branch 86, Mandaue City, Cebu.

Diampuan was the main suspect in the killing of Aton of Compostela town in northern Cebu last year.

Korret said that a love triangle was believed to be the motive of the crime based on the account of the victim’s family.

Diampuan was tagged as one of the Province’s Most Wanted persons after he eluded arrest since the warrant for his arrest was issued in April 2019 or nearly a year and a half since then.

Korret said they received reports that Diampuan had been hiding from Mandaue City, Cebu City and back in Consolacion after the crime was committed.

Diampuan was detained at the Compostela Police Station detention cell while the necessary requirements for the return of the warrant of arrest to the original court were being prepared./dbs