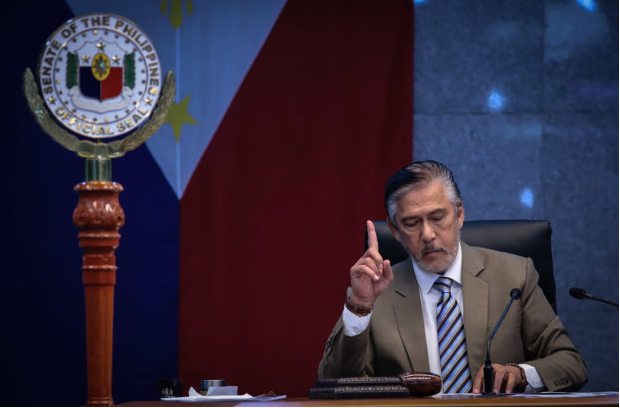 (Remove all the corrupt officials, you don’t need Superman!) 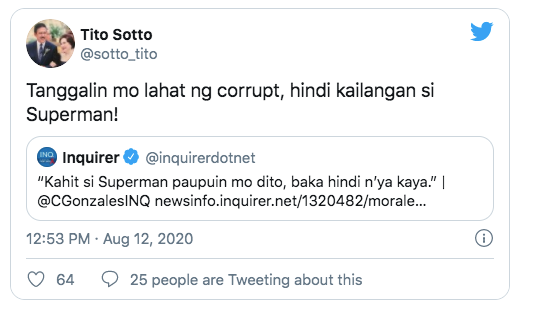 In an earlier radio interview, Morales said it is not easy to fix alleged irregularities in PhilHealth.

But Sotto said that if Morales was “dead serious” about ridding PhilHealth of corruption, he should have fired corrupt officials since the day he was appointed at the helm of the agency.

“If you are dead serious about ridding your office of corruption, you should bring the ax on day one,” the Senate president told INQUIRER.net in a text message.

“Also, you should [n]ot allow the sharks to encircle you,” he added.

In a Senate hearing on Tuesday, Morales admitted that the “systemic” fraud in PhilHealth cannot be solved in one year or even in the few years to come.

(They say Rome was not built in a day. It cannot happen immediately. But slowly we’ll start until we see a flare until people learn, they’d no longer do corruption and we’ll be able to clean it up.)

But more than a year later, Morales admitted during the Senate hearing last August 4 that he has yet to fire a single PhilHealth official due to corruption, citing a lack of substantial evidence against them.

Despite new allegations of corruption in PhilHealth, Morales still enjoys the trust and confidence of Duterte.

Duterte’s spokesman previously said the chief executive would not fire Morales unless there is evidence linking the latter to corruption.