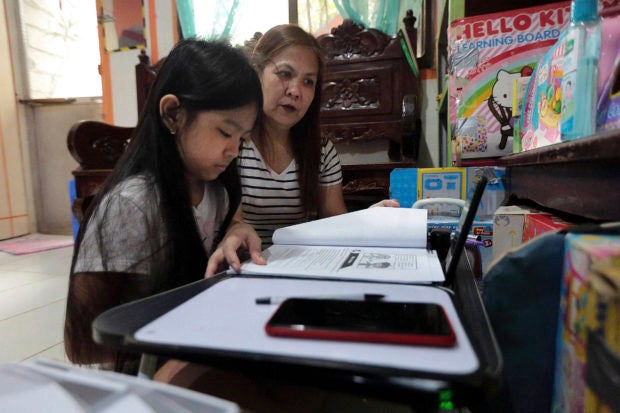 MANILA, Philippines — Twelve days before the scheduled opening of the classes on Aug. 24, only 82 of the country’s 214 school division offices are half ready to distribute self-learning modules, spurring senators to again consider the postponement of school opening to October.

According to data the Department of Education (DepEd) presented to the Senate on Wednesday, August 12, 2020, the printing of modules in 132 of the 214 districts (61.68 percent) are still less than 50 percent.

DepEd Undersecretary Nepomuceno Malaluan said they expected to have at least two weeks worth of modules available by Aug. 24, while the succeeding weeks will be on a rolling basis.

Education Secretary Leonor Briones insisted during a readiness test on Monday that the department was ready for the opening of classes on Aug. 24. Otherwise, Briones said, the department would not be able to meet the 220 class days required by Republic Act No. 7797.

But senators were not convinced and criticized the DepEd for not even preparing the implementing rules for Republic Act No. 11480, which allows classes to start even beyond the Aug. 24 deadline set by RA 7797.

“Apparently, you forgot,” Sen. Francis Tolentino said at an online Senate hearing. “You neglected [the implementing rules] in your rush to meet the Aug. 24 [school opening deadline].”

Tolentino noted that the deadline for the implementing rules was set for Aug. 19 and he said he had yet to hear of any public consultation with parents and teachers.

Sen. Sherwin Gatchalian also criticized the DepEd for insisting on reopening schools even in the thick of the pandemic.

“In areas where (the modified enhanced community quarantine or MECQ) is extended, we should just postpone in those areas,” said Gatchalian, chair of the Senate committee on basic education, during the online hearing.

“We just cannot let our teachers and students go out in worsening conditions,” he added.

In Valenzuela, for instance, Gatchalian noted that several teachers and principals were no longer sure whether to continue distributing learning modules in the homes of their students due to MECQ.

“Here in Valenzuela, they no longer distribute because they are afraid,” he said. “Can we really distribute the self-learning modules [in five days]?”

As of Wednesday, there are 21.5 million registered students in public school from kindergarten to high school nationwide, including learners with disabilities and students under the alternative learning system. Of these, 2.14 million are from Metro Manila.