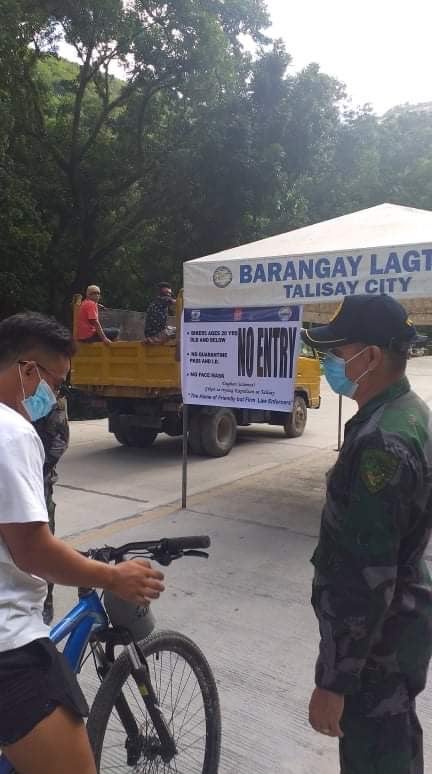 CEBU CITY, Philippines — The Talisay City Policemen starting this Sunday, August 23, 2020, will be asking for identification cards and quarantine passes to all bikers who will be passing and going in Barangay Manipis.

This after the Local Government Unit (LGU) came up with guidelines to better protect the residents of the area as well as all biking enthusiasts from the spread of COVID-19 virus, following the reports that there were people flocking the area and were not observing health protocols.

Police Major Gerard Ace Pelare, chief of the Talisay City Police station, said that they would be denying entry of those bikers who would fail to show to the policemen in the control points the required documents.

Vendors in the area will also need the documents and will be monitored to make sure they are strictly observing social distancing, said Pelare.

“The PNP will strictly implement the guidelines and health protocols in Barangay Manipis in accordance with the IATAF guidelines in order to sustain the gains we have in the fight against COVID-19,” said Pelare.

He said the policemen would be on the look-out to check for violators./dbs