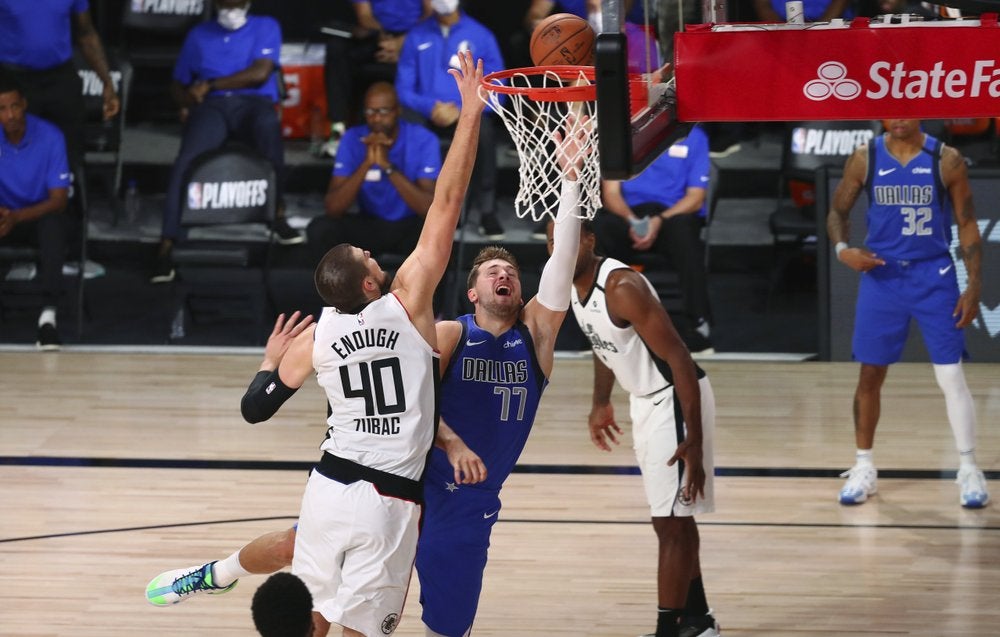 Montrezl Harrell added 19 points and 11 rebounds for the Clippers, who set a franchise record for points in a playoff game. Los Angeles can clinch the series on Thursday.

Dallas’ Luka Doncic, who hit a game-winner at the buzzer in Game 4 to cap off a 43-point triple-double, was held to 22 points on 6-for-17 shooting.

Mavericks center Kristaps Porzingis sat out with right knee soreness. It was the second straight game the 7-foot-3 Latvian missed.

Dallas coach Rick Carlisle was ejected in the third quarter of the testy game, which included six techincals and a flagrant-1 foul.

Jamal Murray scored 33 of his 42 points in a second half where he played every minute and Denver beat Utah to avoid elimination.

The Nuggets trail the sixth-seeded Jazz 3-2 with Game 6 on Thursday.

Murray was unstoppable down the stretch in nearly matching his 50-point effort in Game 4. He hit 17 of 26 shots and had eight assists, including a pass to Nikola Jokic for a 3-pointer with 23.6 seconds remaining that sealed the win.

Jokic scored 21 of his 31 points in the first quarter.

Donovan Mitchell finished with 30 points for Utah while wearing a pair of bright, multicolored shoes. The sharpshooter is averaging 37.6 points over the five games.

Read: Frustrated NBA players wonder again whether they should play