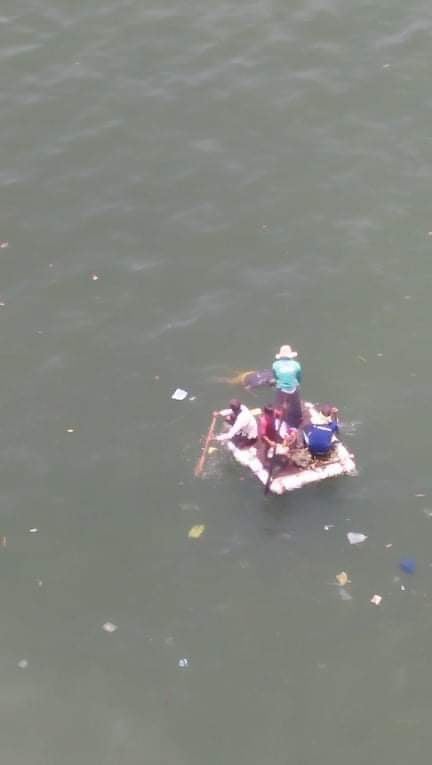 Members of the Disaster Risk Reduction Management Office of Mandaue City recover a body found floating under the Mandaue side of the Mandaue-Mactan bridge at past noon today. | Contributed photo

CEBU CITY, Philippines — Mandaue police are seeking the public’s help to identify the body of an unidentified man found floating under the first bridge at past noon today, August 28, 2020.

Police Executive Master Sergeant Fernando Gabutero of Police Station 5 of the Mandaue City Police Office calls on those, who have missing relatives or family members to visit them and check if the body was that of their missing kin.

After receiving a report of a body found floating under the bridge in Barangay Looc, the members of the Mandaue City Disaster Risk Reduction and Management Office then recovered and brought the body to the hospital.

Gabutero said they were requesting for an autopsy on the body to determine what caused the man’s death.

Initially, the man was wearing a blue shirt and yellow shorts and is estimated to be in in his 40’s.

Gabutero said he could not however provide the build of the man because investigators were still inspecting the body to find out if there were marks or tattoos on the body that could help provide his identity.