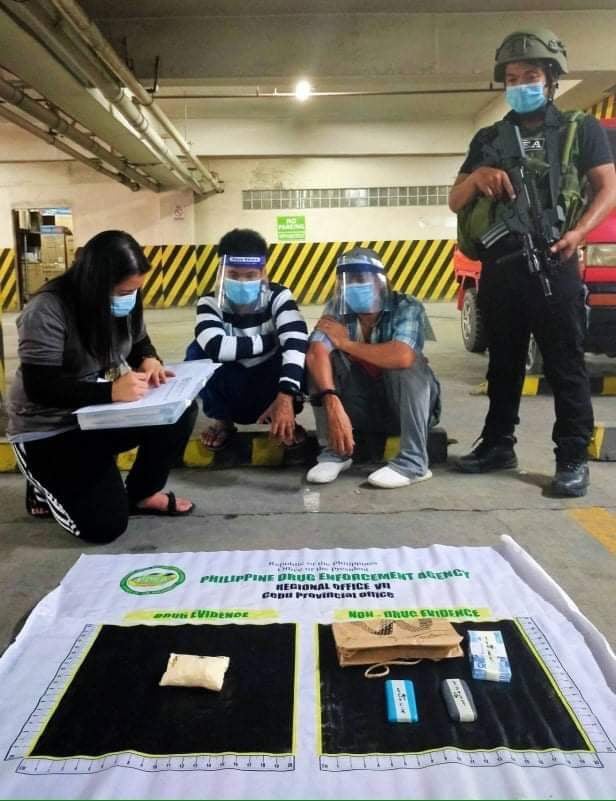 Two men were caught with 100 grams or P680,000 worth of suspected shabu during a buy-bust operation in Sitio Laray, Barangay San Roque, Talisay City this afternoon, August 29, 2020.| Photos from PDEA-7

CEBU CITY, Philippines — A tile setter and a part-time masseur were caught with an estimated P680,000 worth of suspected shabu during a buy-bust operation in Talisay City on August 29, 2020.

Fortaleza said that at least 100 grams of suspected shabu was confiscated from the suspects, which had a Dangerous Drugs Board value of P680,000.

He said that the target of the operation was Cabaluna, who fronts as a tile setter.

Fortaleza said his cohort, Abejo, was a part-time masseur.

He said that they conducted the operation against Cabaluna after two weeks of putting him under surveillance.

The two suspects were detained at the PDEA-7 detention cell pending the filing of illegal drug charges. /dbs