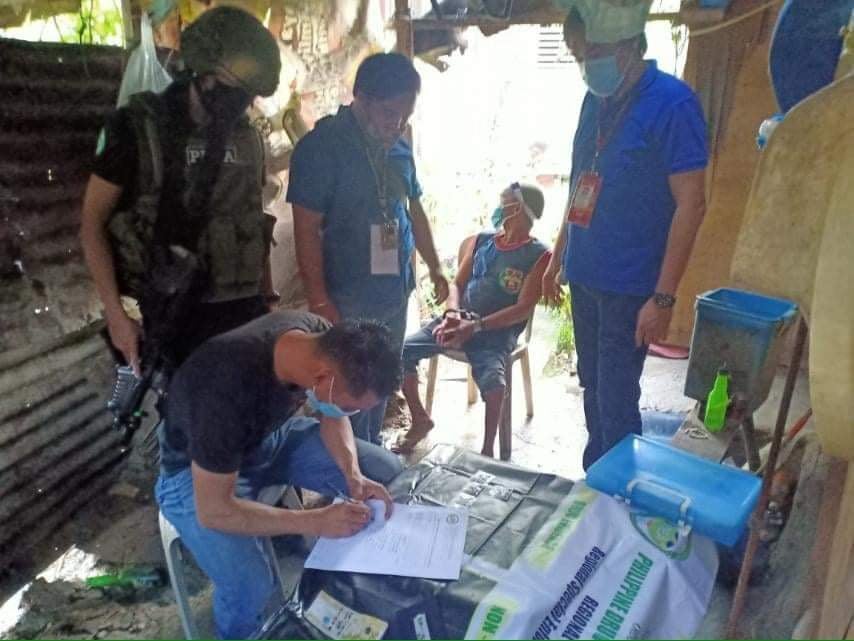 Personnel from PDEA-7 arrest a 53-year-old high-value target during a buy-bust operation in Barangay Tisa, Cebu City, at around 4:30 this afternoon, August 28, 2020.| Photo Courtesy of PDEA-7

CEBU CITY, Philippines — Another high-value target or HVT was arrested in a buy-bust operation conducted by the Philippine Drug Enforcement Agency in Central Visayas (PDEA-7) this 4:30 p.m. August 28, 2020.

The suspect identified as Rodolfo Caburnay Babaw, a resident of Barangay Tisa, Cebu City, where the buy-bust operation was also conducted, was found in possession of 50 grams of suspected shabu with an estimated Dangerous Drugs Board (DDB) value of P340,000.

According to PDEA-7 Agent Kitkat Fortaleza, Babaw was monitored for about two weeks before the operation after an informant verified his involvement in illegal drug activities.

Fortaleza said that Babaw could dispose about 50 grams of illegal drugs a week in Barangay Tisa.

Read Next
Pasil Fish Market to reopen at midnight