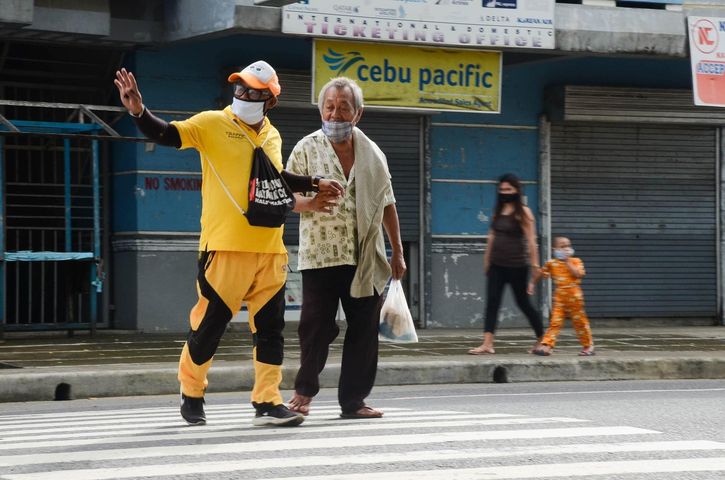 CEBU CITY, Philippines— A traffic enforcer helping an elderly cross the street is not something new to many.

“What’s the big deal?” some would say. “It’s part of his job,” others would comment.

But when that traffic enforcer just got back from a bereavement leave after losing his wife just recently, that’s something special.

Castillo is also the one responsible for sharing with CDN Digital Erojo’s photos posted by netizen Neo Nesnia-Ontal on Monday, August 31, 2020. 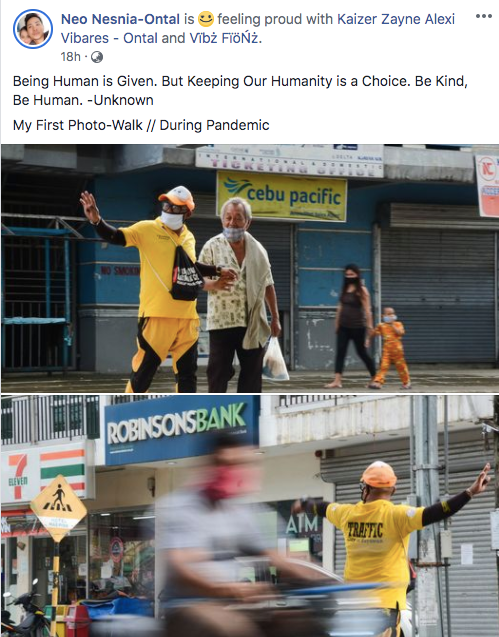 This is a screenshot of Neo Nesnia-Ontal post of Roger.

“He just got back from bereavement leave, his wife passed away last month, Castillo said.

To some, this picture may not be special. But when considering the fact that this street enforcer had just lost his wife and has no kids, for him to show up for work with that kind of determination is surely something worth noting.

“This picture shows humanity at its finest. We all come from different walks of life, different beliefs, culture, and upbringing. But above all, we must not forget how to love, respect, and be kind to one another,” she said.

The photo also comes at a time when the world needs some inspiration to be able to cope with the effects of the coronavirus pandemic. /bmjo