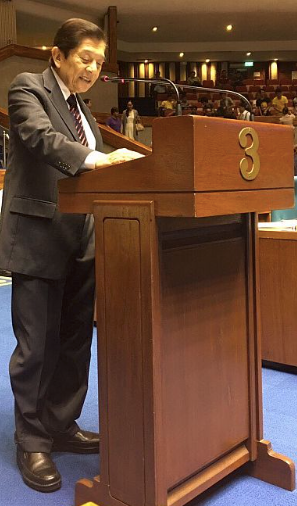 He said the DOTr had already failed at least twice to meet deadlines for its initial operation, with the project supposedly starting on October 2016, then being reset to January 2020, and now moved to December 2021.

“Except for the CiBus system, precursor service of the bus component of the project, which was launched March this year, the Cebu BRT has not picked up speed to end and compensate for the serial delays,” Del Mar said.

The Commission on Audit (COA) recently flagged the P16.3 billion project again in its 2019 consolidated report scoring the total of P29.48 million commitment fees from 2015 to 2019 for its delays in implementing it.

The fees are charges on undisbursed balances of the loan, which began to pile up when the loan took effect last December 3, 2014.

Del Mar noted that DOTr had made excuses for the delay, particularly with regards to the delays in the procurement of consultancy services and civil works.

The congressman said he was expecting the DOTr to use the pandemic as another excuse that the BRT had failed to operate on its supposed deadline on the first quarter of 2020.

“As congressman of Cebu City’s north district, I have seen how city residents have long been afflicted by the traffic problem, which can be expected to compound the woes of individuals and the community.  The new projection of December 2021, given DOTr’s running record, offers little encouragement or hope,” he said.

“I appeal to the Department of Transportation and officials of NEDA (National Economic Development Authority), which oversees these projects funded by the World Bank and Agence Francaise de Developpement, to push the Cebu BRT project from where it has been stuck — on the slow bureaucratic lane,” said Del Mar.

Del Mar also said he was hoping that President Rodrigo Duterte would take notice of the COA report that had been sent to his office and would make it one of the priorities of his administration. /dbs