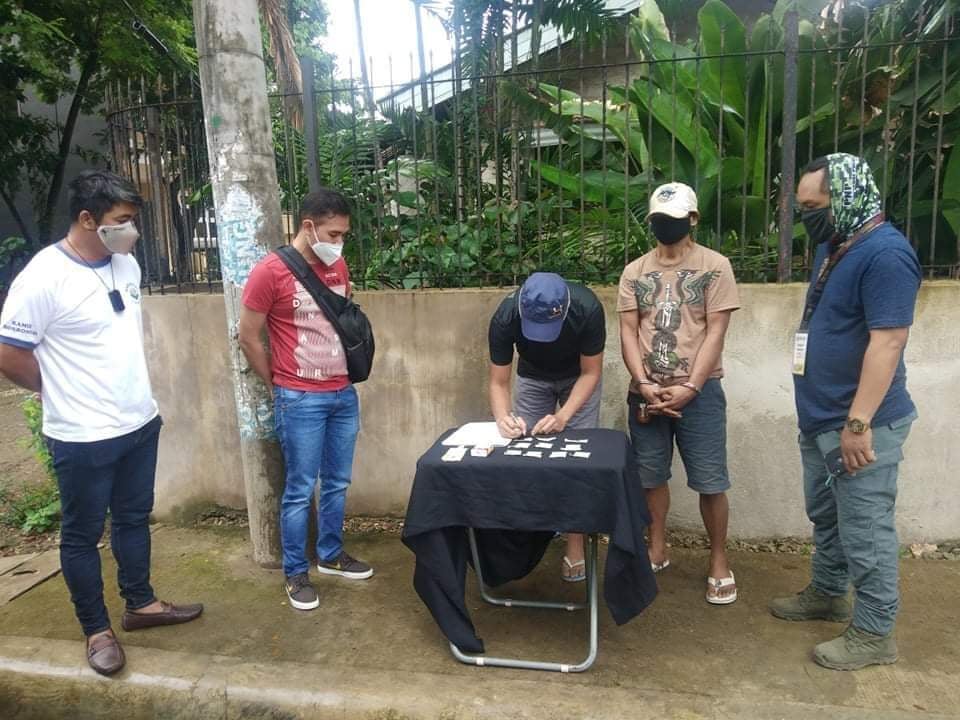 A high-value target is arrested with P238,000 worth of suspected shabu in a buy-bust operation in Barangay Lahug, Cebu City on Tuesday morning, September 15, 2020. | Photo Courtesy of CCPO

A total of P255,000 worth of suspected shabu, weighing around 37.5 grams, were confiscated from suspects Herminigildo Catubay Lisondra, 60, and Maricar Llaguno, 42.

The first to be arrested was Lisondra, who was nabbed in a buy-bust conducted in Sitio Kamagong, Barangay Lahug, at around 9:10 a.m.

Personnel of the City Intelligence Branch (CIB) of the CCPO led by Police Major Randy Caballes conducted the operation.

According to Caballes, they monitored Lisondra for about a week after receiving reports of his involvement in the illegal drug trade.

At around noon on Tuesday,  PDEA-7 personnel in coordination with the police from CCPO, were able to arrest Llaguno in another operation in Barangay Sambag II.

At least 2.5 grams of suspected shabu worth P17,000, were confiscated from her possession.

PDEA-7 Director Levi Ortiz said that they have been monitoring Llaguno since June.

According to Ortiz, Llaguno toned down her disposal of illegal drugs during the lockdown due to the coronavirus disease pandemic. But when she had items, it was also easier for her to dispose as she had a lot of loyal customers. /bmjo