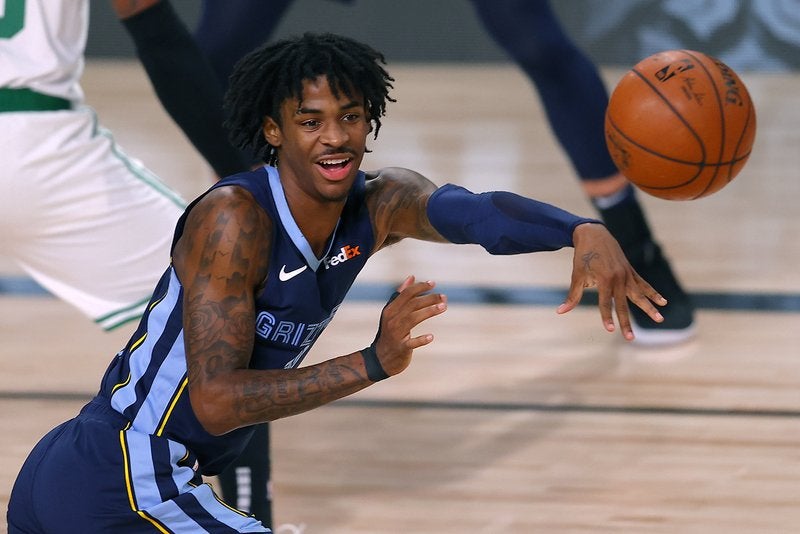 In this Aug. 11, 2020, file photo, Memphis Grizzlies’ Ja Morant passes the ball during the second half of an NBA basketball game against the Boston Celtics in Lake Buena Vista, Fla. Morant was announced Wednesday, Sept. 2, 2020, as the winner of the Rookie of the Year award for 2019-20, the first Grizzlies player to win the award since Pau Gasol in 2001-02. | AP Photo/Mike Ehrmann, Pool, File

LAKE BUENA VISTA, Florida — Rookie of the Year Ja Morant of the Memphis Grizzlies was the lone unanimous selection to the NBA’s All-Rookie Team that was announced Tuesday.

Paschall edged Herro by one point for the last first-team spot.