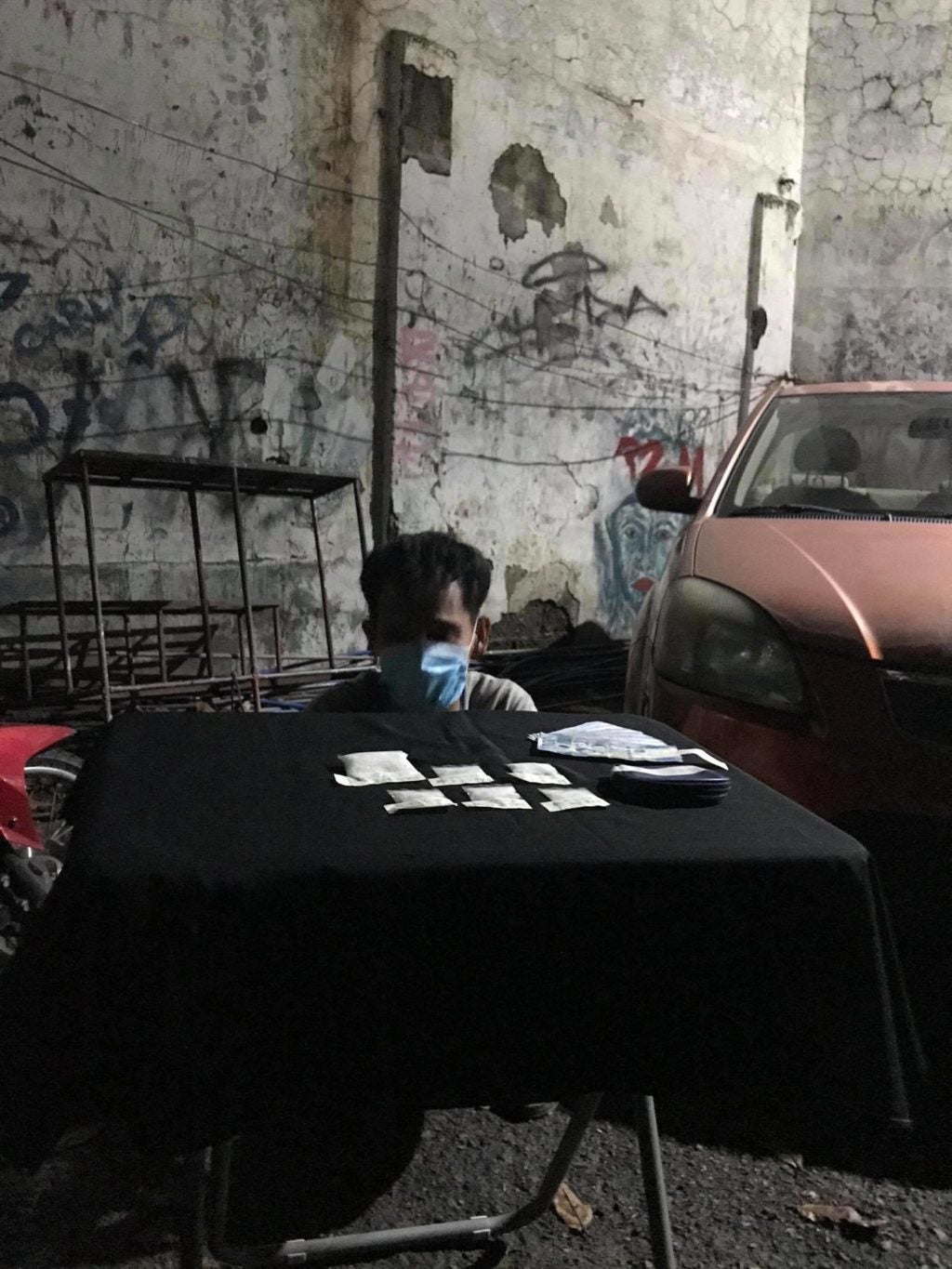 A high-value individual is arrested in a buy-bust operation in Balaga Drive, Baragay Labangon, Cebu City past 8 p.m. on Thursday, September 17, 2020.| Photo Courtesy of CCPO

CEBU CITY, Philippines — A high-value individual (HVI) listed in the regional drug watchlist is now under the custody of the Cebu City Police Office (CCPO) after he was arrested in a buy-bust operation in Balaga Drive, Baragay Labangon, Cebu City past 8 p.m. on Thursday, September 17, 2020.

Police identified the suspect as Dante Alison Desoyo, 48, a resident of the barangay. At least 50 grams of suspected shabu with, an estimated value of P340,000, was confiscated from his possession.

Police Major Randy Caballes, chief of the City Intelligence Unit (CIU) of the CCPO, which was the operating unit of the buy-bust, said that they monitored Desoyo for about a week, after receiving information of his illegal activities.

Caballes said that Desoyo’s areas of disposal of illegal drugs are usually in A. Lopez Street in Barangay Calamba and Barangays Labangon and Punta Princesa.

Desoyo is said to be able to dispose about 100 grams of illegal drugs per week.

As of this posting, Desoyo is detained at the CCPO detention facility pending the filing of charges for violating section 5 and 11 (selling and possession of illegal drugs) of Republic Act 9165, or the comprehensive dangerous drug act. /bmjo