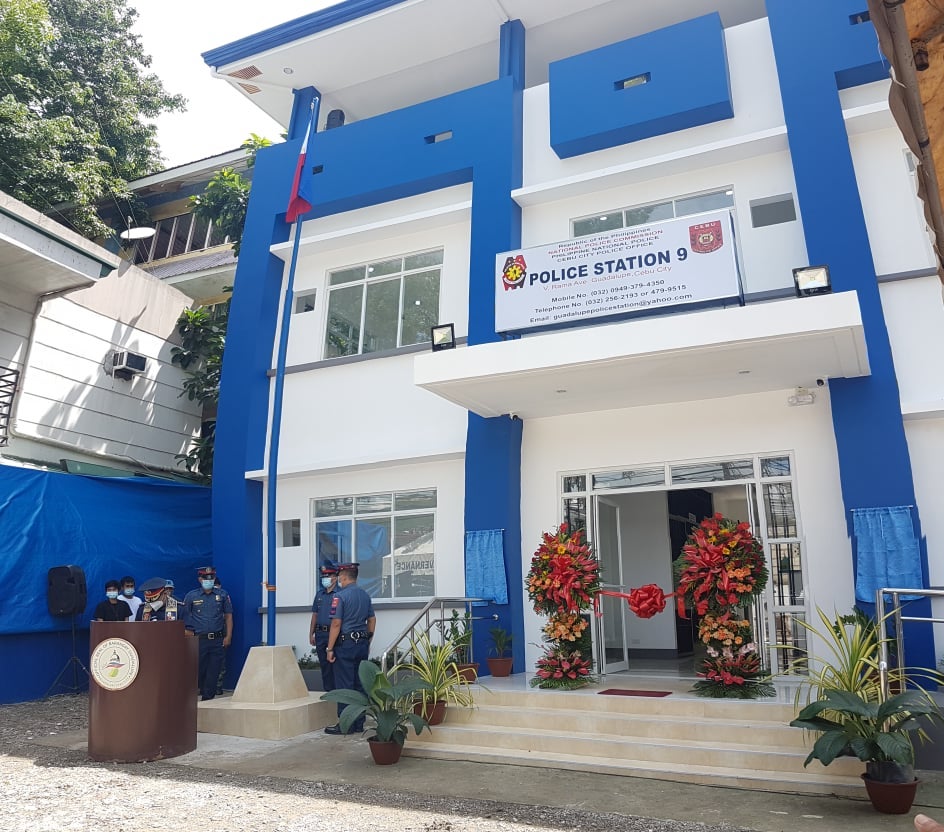 On Friday, September 18, 2020, police and city officials gathered for the inauguration of the new Guadalupe Police Station (Station 9) that is situated just beside the old station along V. Rama Avenue.

The new Station 9 is a three-story building that sits on a 400-square meter lot.

The construction of the new police station was fully funded by the Philippine National Police (PNP) while the lot was donated by Barangay Guadalupe.

Police Brigadier General Albert Ignatius Ferro, director of Police Regional Office in Central Visayas (PRO-7), said that the construction of the new office is in line with the project plan of the PNP to build conducive working environment for cops.

Ferro attended the inauguration together with other police officials here including Police Colonel Josefino Ligan, chief of the Cebu City Police Office (CCPO).

In his speech, Ferro directed the commander of the station, Police Captain Janelito Marquez, to take good care of the station as also part of their duties to serve the community.

“Your new home and new building is a fulfillment towards the roadmap of the PNP Patrol Plan 2030,” said Ferro.

Ferro also directed Marquez to keep the station COVID-19 free in the same way they have been curbing the spread of the virus in their area of responsibility. /bmjo

Read Next
Mango farm in Cebu City sustains P3.75M worth of damage due to recent rains