The northern Cebu town’s latest fatality was a 69-year-old resident of Purok Narra in Barangay Tayud.

The tricycle driver, who is a direct contact of Patient No. 324, was also diagnosed with diabetes and hypertension, said an advisory released by the municipality of Liloan Friday night.

Patient No. 330 started to manifest symptoms of the infection on September 5 and 10 days later, he was admitted to the Vicente Sotto Memorial Medical Center due to breathing difficulty and was swabbed prior to admission.

But he died on Wednesday, Sept. 16,  or a day prior to the release of his test results.  His death increased to 27 the total number of town residents who died of the infection.

Liloan town did not recover any new infections on the same day. 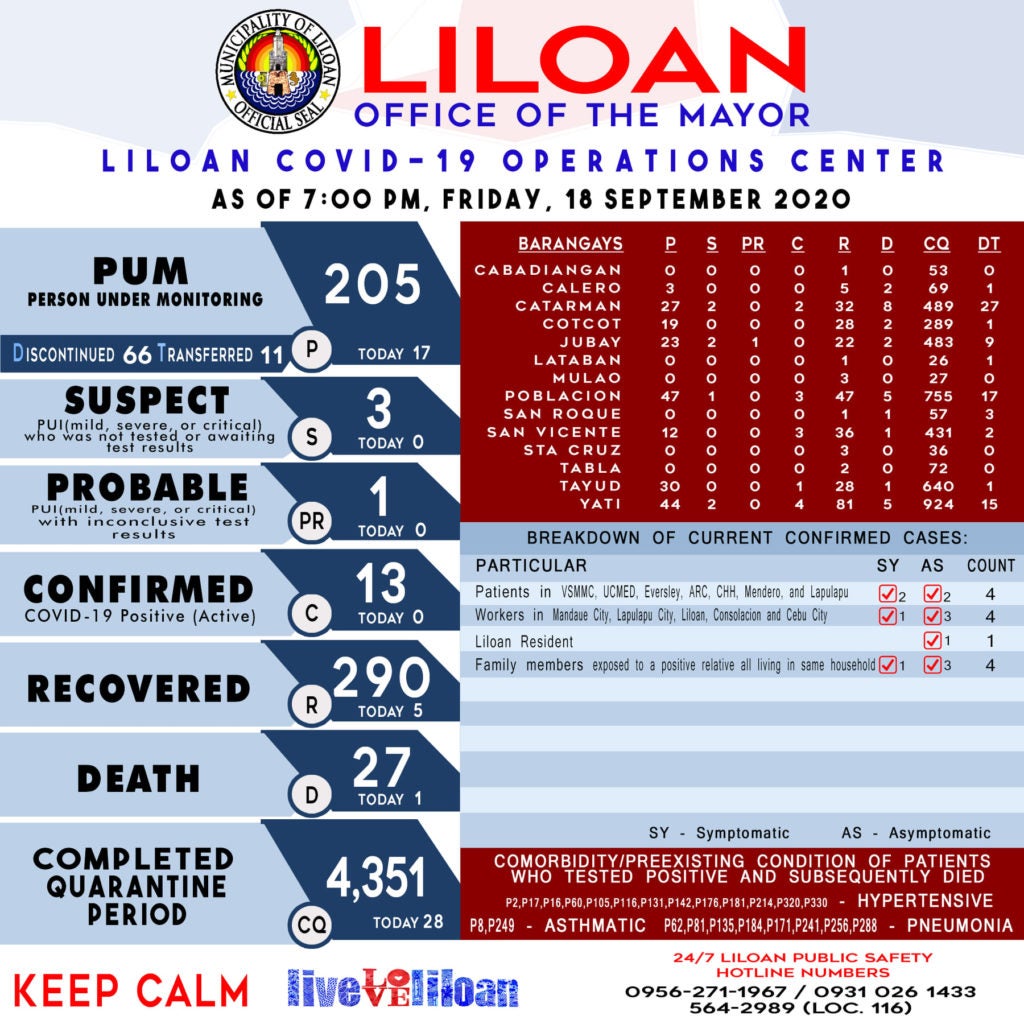 Among its recoveries is Patient No. 305, who is 36 weeks pregnant.  The 36-year-old resident of Purok Sambag in Barangay Jubay may have gotten her infection when she traveled by bus to Danao City and Sogod town in northern Cebu, the town’s advisory said.

Another recovery, Patient No. 311, is a postpartum patient who gave birth on Sept. 1.  The 41-year-old mother is from Purok Curva in Barangay San Vicente.

“ALL of them have tested NEGATIVE of Covid-19 and will continue to be monitored until their full recovery,” the town’s advisory read./dbs