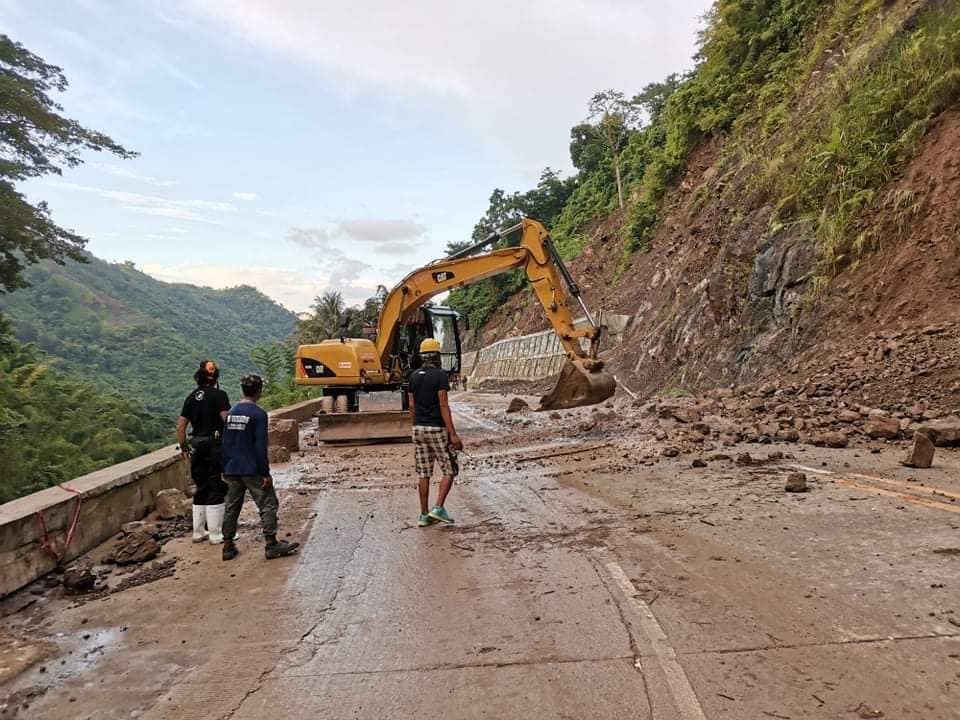 CEBU CITY, Philippines — The portion of the Talisay-Toledo Wharf Road that traverses four hinterland villages in Talisay City is under repair after minor landslides rendered the area unpassable.

Talisay City Mayor Gerald Anthony “Samsam” Gullas promised motorists that the repair would be finished today so it would be passable again for trucks, cars, and other vehicles.

“Yesterday, I called up DPWH officials to discuss the situation at the Talisay-Toledo Wharf Access Road which traverses Barangays Jaclupan, Manipis and Camp 4. I told them that the road which is a project of DPWH (Department of Public Works and Highways) needs immediate intervention,” said the mayor.

The DPWH said that a cave-in occurred in the upper portion of the area due to accumulated water, which forced a portion of the rock wall situated above the road to collapse.

The agency has already cordoned the area, cleared up the debris, and filled the gaps by placing ripraps along the caved-in portion.

The road has also been fixed and the DPWH promised they would complete it within the day.

Read: Road to mountain barangays in Talisay City off-limits to sightseers until Sunday

“Our Local Disaster Risk Reduction and Management Office (LDRRMO) also recommended that biking, hiking and jogging at the area has to be suspended again due to the dangerous road conditions. As much as we value health and wellness, your security and safety is more important,” said Gullas.
The mayor urged the public to steer clear of the road for the meantime and wait for it to be fixed to pass there again.
A portion of the road is still passable for vehicles, but the Talisay City government is encouraging that only those who need to pass through the area must proceed while the rest can use other access routes./dbs

Read Next
How can I tell the difference between the flu and COVID-19?