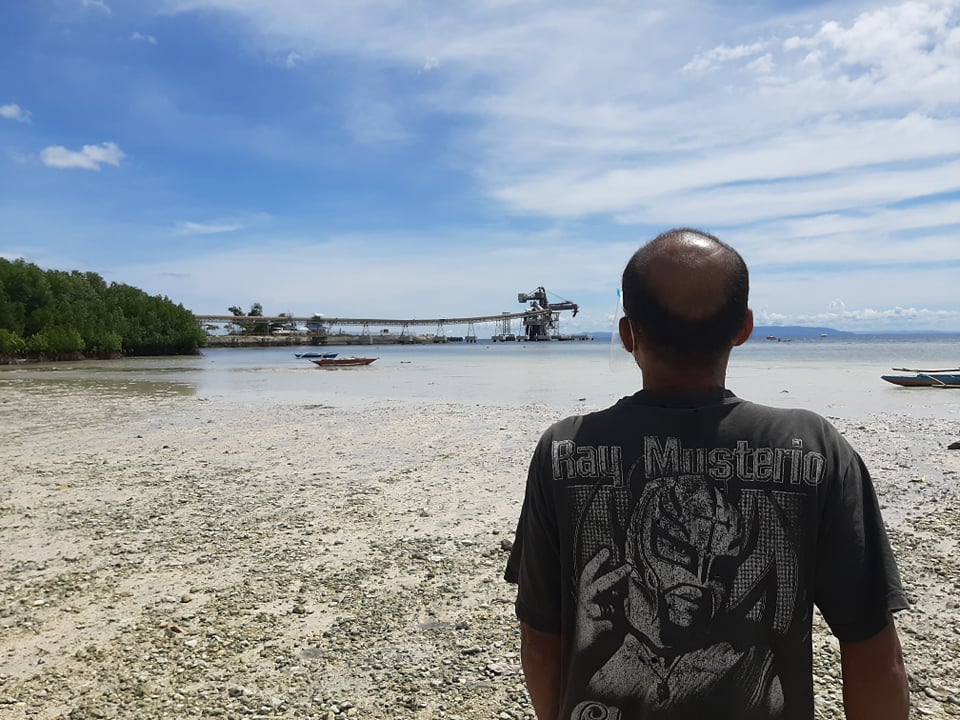 Jerry Dueñas, a fisherman from Alcoy, Cebu, looks at the conveyor belt that juts out of a mineral-processing plant in Barangay Pugalo. Dueñas said despite the controversies involving their town’s dolomite rocks, it has not severely impacted their source of livelihood. CDN Digital photo | Morexette Marie Erram

ALCOY, Cebu—Every night, Jeffrey Dueñas goes out of his small shanty to fish around the waters off Barangay Pugalo in this southern town of Cebu province.

The 51-year-old native of Alcoy grew up on the shores of this village and has been a fisherman since he was still a child.

He also witnessed how a mineral-processing plant, which exports dolomite rocks, constructed a gigantic conveyor belt over the village’s shallow seawaters.

This has become a subject of the controversy surrounding the Manila Bay Rehabilitation project, where crushed dolomite rocks from this town were used to transform portions of the famous spot in the nation’s capital into an artificially made white-sand beach.

The Cebu Provincial Capitol received reports from environmental groups that coral reef in Alcoy’s seabed have been suffering from heavy siltation, and damaged nearby marine ecosystem.

The findings, according to provincial authorities, pointed to the crushed dolomite rocks falling off from the conveyor belt as the cause. 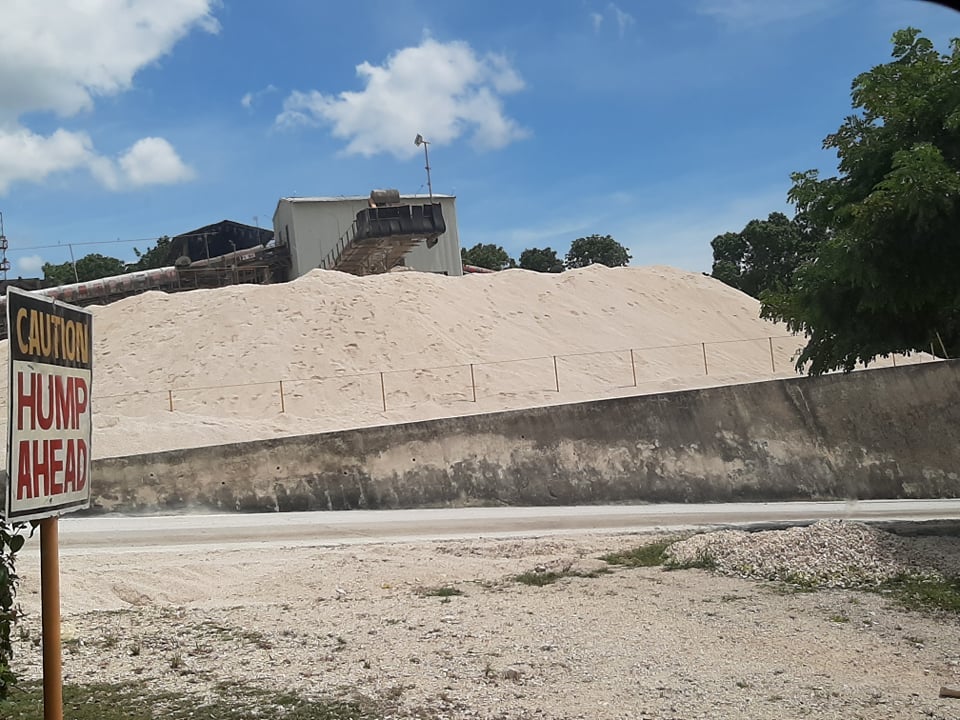 An investigation on the matter, which is headed by the Provincial Environment and Natural Resources Office (Penro), is now underway.

But for Dueñas, this did not bear any significant impact on his livelihood – for now.

The fisherman usually sells around three kilograms of tamarong every day, and his income, he said, is just enough to serve him three meals a day.

However, Dueñas admitted that he and his neighbors have observed siltation in Alcoy’s corals.

Crispin Medina, 41, can attest to this.

Like Dueñas, Medina has been a fisherman in Barangay Pugalo since in his younger years.

If there’s one culprit behind instances of unfruitful harvests in their community, Medina said he would blame climate change and global warming.

The Cebu Provincial Government is eyeing to issue another cease-and-desist order to quarrying and mineral-processing firms in Alcoy town following their discovery of heavy siltation within the town’s seabed.

It can be recalled that Governor Gwendolyn Garcia earlier released a similar order to the companies after national government agencies confirmed that the crushed dolomite rocks used as the artificial white sand for Manila Bay’s rehabilitation initiative came from Alcoy.