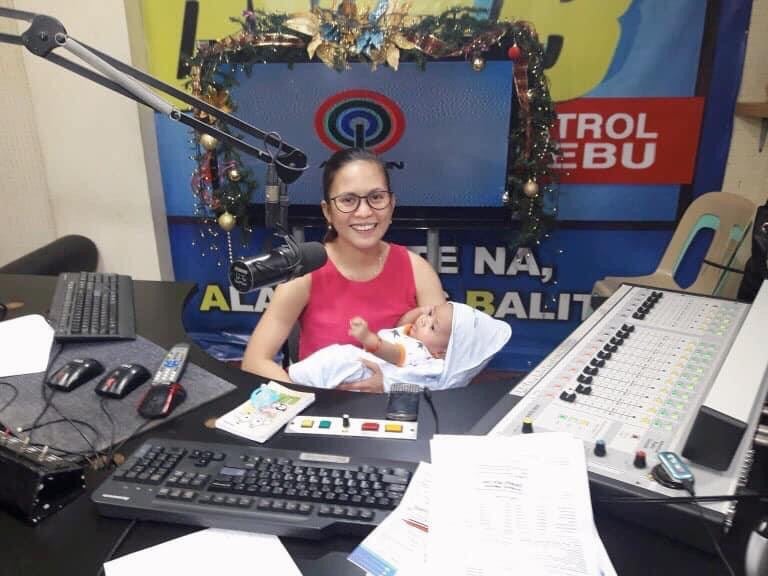 RC Dalaguit-De Vela, radio anchor and reporter of DZMM, carrying her son inside the radio booth.

CEBU CITY, Philippines — Journalists face daily challenges just to provide factual and truthful news to the public as the professional and personal lives of reporters often intertwine in the vocation of truth-finding.

Press Freedom in this country has faced its share of hurdles, just like the recent revocation of the broadcast license of media giant ABS-CBN, leaving more than 11,000 employees without jobs.

Read: CCPC on ABS-CBN shutdown: How can this not be a press freedom issue?

Their Cebu station in Jagobiao, Mandaue City closed down on August 30, 2020, ending three decades of operation.

The 33-year-old journalist served 13 years in the Cebuano media industry as a radio reporter and anchor of ABS-CBN’s local radio station, DYAB, since September 2007.

Although DYAB closed down last September 1, 2020, she continues to serve as an anchor and reporter for the Visayas for DZMM, the national counterpart of DYAB.

Being a journalist has been part of RC’s core principle as she continues to uphold the virtues of journalism such as reliability, trustworthiness, and objectivity.

“I believe that credibility is the foundation of journalism. Being credible means you are reliable, trustworthy and objective. It is not a high-paying job, thus a journalist should abide by the media ethics because we always take responsibility of the information we provide,” she said.

As a young girl, RC already had the talent for voice projection, often recording her voice on tape for fun. She also showed an aptitude for communication as she often led the conversations between her and her friends or even acquaintances.

It was a lucky chance that she was able to work for DYAB since radio anchor Leo Lastimosa was her college teacher at St. Theresa’s College. She volunteered to work for free for the station while waiting for her application to be processed and she was officially hired on September 1, 2007.

RC is married to Manila Bulletin photographer Juan Carlo De Vela and they have a son named Carl Zeiss Niño nicknamed Z, whom she said is their inspiration to work hard every day. 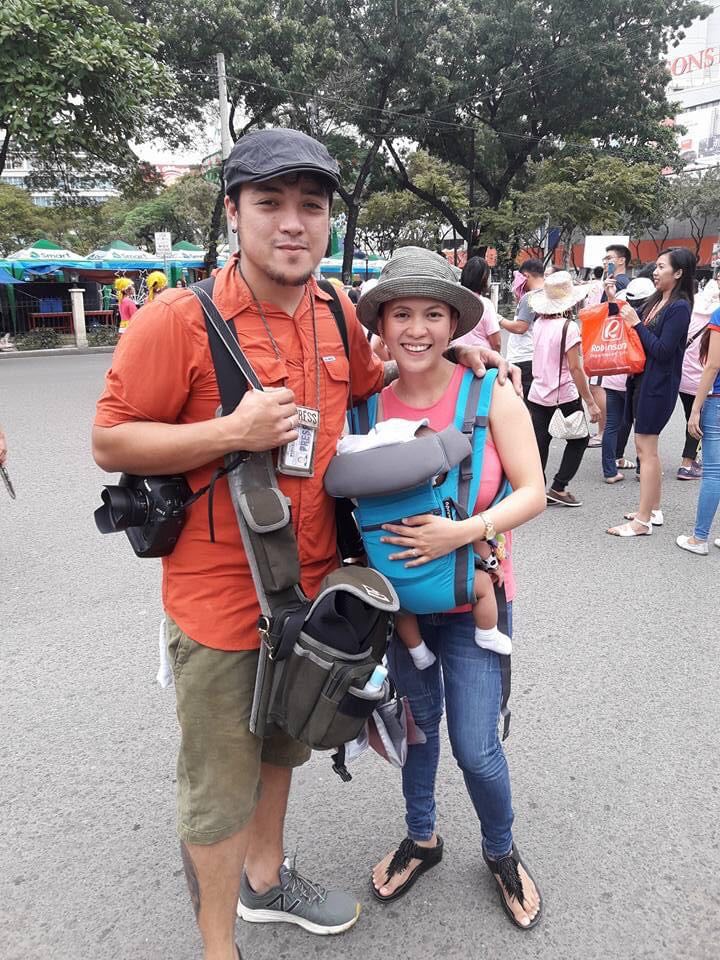 RC Dalaguit-De Vela and her husband Juan Carlo with their son, Z.

With the closure of DYAB, RC now mostly work from home, which allows her to spend more time with her son. She also manages an online shop as another source of income.

The closure of the ABS-CBN station in Cebu has been a tragedy for RC and her colleagues. But this taught her a valuable lesson.

“Losing a promising job doesn’t mean an end of being a journalist. We can always speak for the truth, be the bridge of those who can help and the needy. I think because we will always be Kapamilyas, it means that we should always talk and act in truth and in service to our fellowmen in whatever endeavor,” she said.

As for the youth who still dream to be the media industry some day, this is RC’s message: “Right now, be informed! Identify the news from fake news and use social media wisely.”

By: Rosalie Abatayo
Faces of Cebu

FACES OF CEBU: Hitoshi Namura, 29, advocate for a clean Cebu