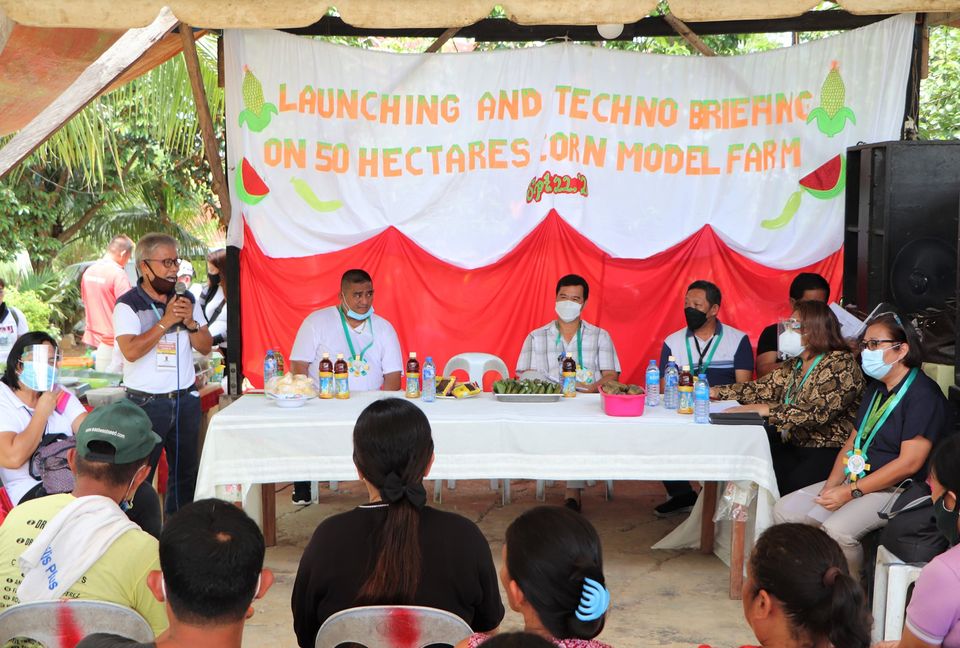 The Department of Agriculture in Central Visayas (DA – 7) on September 23, 2020, launched the 50-hectare corn demonstration farm in Barangay Sagay in Toledo City. | Photo courtesy of DA-7.

This developed after the Department of Agriculture in Central Visayas (DA – 7) launched the 50-hectare corn demonstration farm in Barangay Sagay last September 23.

With this, Lawyer Salvador Diputado, director of DA-7, in a press release, said their department was projecting a 10 percent increase in the yield of corn in Toledo City’s as well as in the farmers’ income.

“The establishment of a 50-hectare corn demonstration farm in Barangay Sagay, Toledo City, Cebu will pave the way for the Sagay Farmers Association (SFA) to learn and adopt new corn farming technologies to increase yield and income,” said Diputado.

Diputado also promised farmers that DA-7 would be providing additional assistance if they could achieve the projected yield, including a Solar Powered Irrigation System Project worth around P6 million.

According to the DA-7 top official, the farmers also received additional farming equipment and supplies which has a total worth of P6 million such as a 4WD tractor, sacks of fertilizer, bags of hybrid seeds and organic fertilizer.

“Secretary William Dar specifically instructed us (regions) to give our full support to the farmers. We have given you (now) farm equipment and provided you with the right technology; it is now your turn to make good use of these opportunities,” added Diputado./dbs