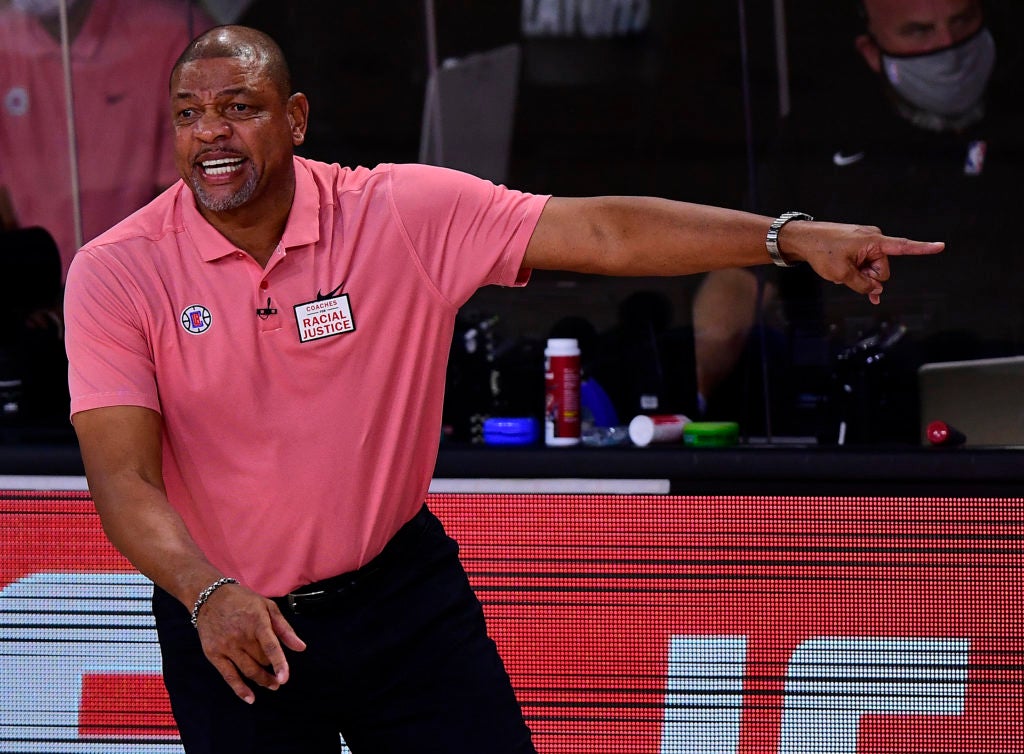 Doc Rivers of the LA Clippers reacts during the first quarter against the Denver Nuggets in Game Seven of the Western Conference Second Round during the 2020 NBA Playoffs at AdventHealth Arena at the ESPN Wide World Of Sports Complex on September 15, 2020 in Lake Buena Vista, Florida. | Douglas P. DeFelice / GETTY IMAGES NORTH AMERICA / Getty Images via AFP

Citing unnamed team sources, the US sports broadcaster reported Rivers had agreed to a five-year deal that will bring him back to the Atlantic Conference, where the Sixers are a rival of the Boston Celtics, with who Rivers won an NBA title as coach in 2009.

Clippers said on Twitter Monday that he was no longer coach of the Clippers, who squandered a 3-1 series lead in the Western Conference semi-finals as they bowed out to the Denver Nuggets.

Rivers, 58, had joined the Clippers from the Celtics in 2013, but while Los Angeles were consistent playoff qualifiers under his tenure he was unable to take them beyond the Western Conference semi-finals.

ESPN reported that 76ers general manager Elton Brand reached out to Rivers and his agent, Lonnie Cooper, to gauge interest in the Philadelphia job and Rivers was soon headed to Philadelphia for meetings with the owners.

It’s been more than a month since the 76ers sacked Brett Brown after seven seasons after Philadelphia were swept by the Boston Celtics in the first round of the playoffs.

The 76ers did not immediately confirm the signing, but star big man Joel Embiid tweeted a welcome to Rivers, saying he was “excited for the future and what we’re building here.”