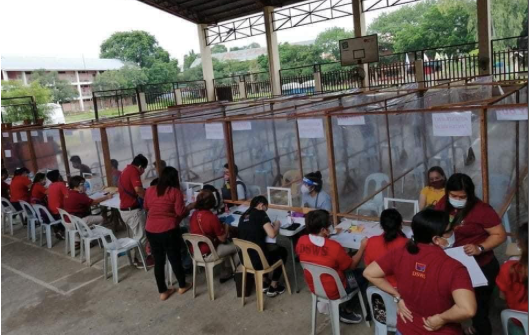 CEBU CITY, Philippines –Locally Stranded Individuals (LSIs) have until Friday, October 9, to file their online application for the release of cash aid from the Cebu City government.

Applications are to be sent to [email protected]

The Department of Social Welfare and Services (DSWS) announced that applications send beyond said date will no longer be entertained.

Councilor Raymond Garcia, who was tasked by Mayor Edgardo Labella to handle the project implementation, is asking LSIs to send only one application to avoid duplication.

He said that only applications with complete attachment documents that include travel authority issued by the Philippine National Police (PNP), certificate of acceptance by the Local Government Unit (LGU) where they are headed for, and valid government-issued identification cards (IDs) will be processed.

Those who will qualify will get cash aid ranging from P1,000 to P5,000 that will be determined based on their destinations.

Garcia told CDN Digital that the number of applications that they get on a daily basis has already started to dwindle.

“That leads us to believe that we are already provided the assistance to most LSIs that were stranded in the city. Most of them have been able to go home,” Garcia said in a phone interview.

The Cebu City government started to process cash aid applications in July to help LSI pay for their travel accommodations.

Garcia said that in August alone, the city government released cash aid to at least 2,010 LSIs.

However, he does not discount the possibility that some of the LSIs may have opted to remain after they received cash assistance.  He said that since the city’s economy has started to reopen, some of them may have already returned to their respective works or may have already found new employment.

After they wrap up the LSI cash aid program, DSWS personnel will now be asked to shift their focus on handling the concerns of families affected by calamities like flooding and landslides especially since the rainy season has already started, Garcia said. / dcb